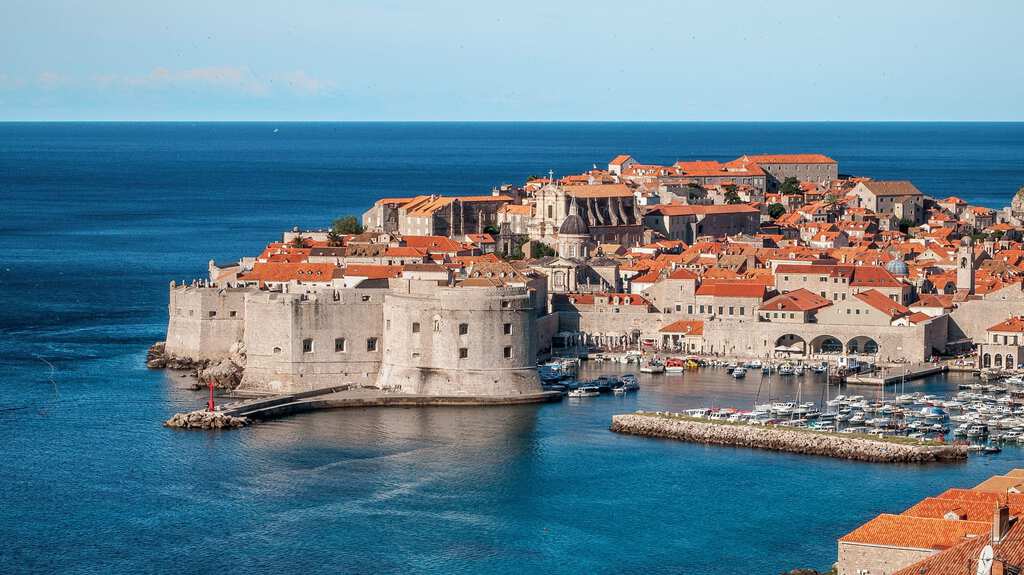 Discovering Zagreb, Dubrovnik, the Islands, and Beyond

Croatia is one of the most popular of the Balkan countries. It numbers only 4.1 million residents, nearly a million of whom live in and around Zagreb, but it welcomed 18.4 million tourists in the last year. So if you’re thinking to yourself that Croatia is off the beaten path, I’m here to burst that bubble for you… it’s an open secret.

However, with over 4,000 kilometers of beautiful Adriatic coastline, over a thousand islands, and countless cities and small villages, there are places in Croatia that aren’t overrun with tourism. And even those that are experiencing a massive tourism boom – cough, Dubrovnik and Split, cough – are still wonderful and become even magical in the off-season, when the tourist crush diminishes to a small trickle.

Favorite islands include Hvar, Korcula, Brac, Vis, and the Elaphiti Islands near Dubrovnik, but there are at least 48 inhabited islands and handfuls more of uninhabited ones waiting to welcome you. Meanwhile, the lesser-visited area of Istria and the Zagorje region offer a glimpse of a pre-tourism boom Croatia, one that you may find yourself wanting to linger in for longer. 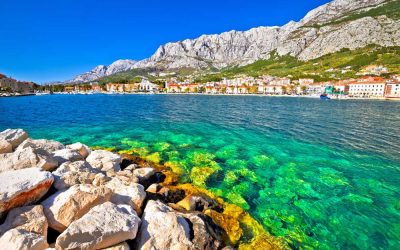 17 Insane Bucket List Activities for Your First Time in Makarska!

Croatia’s Dalmatian Coast is dotted with seaside towns, inlets, and lagoons all the way from the shore to its many islands. Makarska, located on the mainland between Split and Dubrovnik is one such gem. Makarska is such a focal point in Croatia’s tourism that it even... 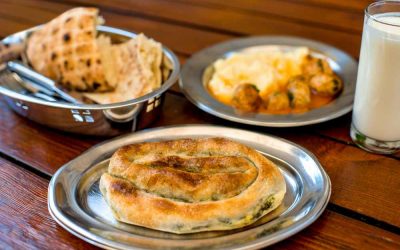 13 Traditional Croatian Breakfast Foods: What to Eat for Breakfast in Croatia

Croatia is a small country known for its rich history and culture, as well as for its beautiful coast and more than 1000 islands. When it comes to its gastronomic scene, it is enriched with traditional and autochthonous recipes and dishes. While you might arrive... 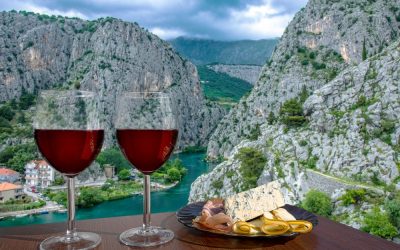 16 Wine Experiences in Croatia: Top Croatian Wineries to Visit During Your Trip!

NOTE: This is a guest post by Anna Maria Kambourakis of Unraveling Wine. With its vast coastline and islands, incredible food, and picturesque cities it is no wonder Croatia is an obvious choice for travelers. However, what you might still don't know is that Croatia... 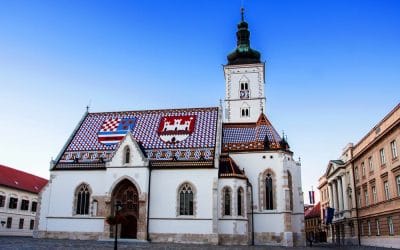 The Perfect One Day in Zagreb Itinerary to Maximize Your Trip

Zagreb is the capital of Croatia, situated in the continental part of the country. It is the largest city in Croatia and provides many options for people of varied interests. Whether you are interested in art, cafe culture, old architecture, or the outdoors - Zagreb... 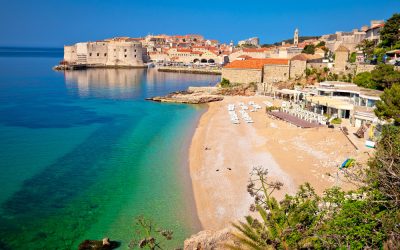 Your Ultimate 3 Days in Dubrovnik Itinerary

Dubrovnik, popularly dubbed 'Pearl of the Adriatic', is a small coastal town with a big heart. You can see the highlights of this fantastic city on a long weekend. The city is not large, it has just over 40,000 inhabitants. But I spent 3 awesome days in Dubrovnik... 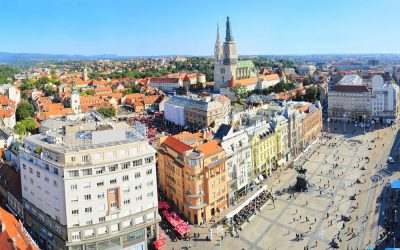 A Splendid 2 Days In Zagreb Itinerary

Did you know that Croatia is more than the vibrant coastline that often is crowded with tourists from all over the world? That's right, there is beauty in the continental part too, and thankfully, more people are discovering that. Zagreb, the capital of Croatia, is a... 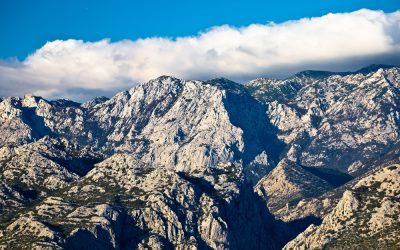 The 8 Best Hikes in Croatia: Hiking Trails You Should Not Miss

With over 6,000 kilometers (approximately 3,728 miles) of marked hiking trails in Croatia, this country is quickly becoming one of the most popular mountaineering destinations in Europe. Croatian themselves are avid hikers and are among the first seven nations in the... 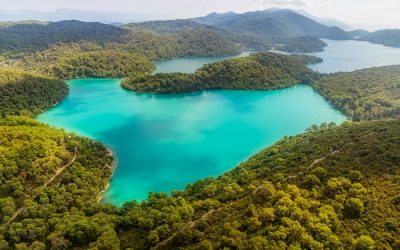 11 Awesome Things to Do in Mljet, Croatia

Mljet is one of the most beautiful islands that you can visit in Croatia! If you’re not a fan of endless crowds on the Croatian coastline, especially during the high season, then Mljet will be an absolute dash of fresh air for you! The thing is, there is no mass... 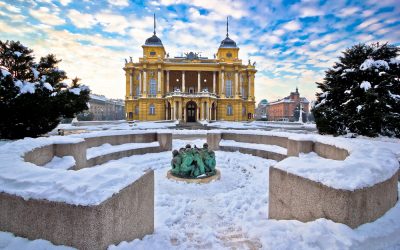 28 Wonderful Things to Do in Zagreb in Winter

With a population of about 800,000 people, Zagreb is one of the smallest state capitals in Europe. Nevertheless, it offers a heap of fun things to do and see, even if you visit Zagreb in winter! In the last few years, the city has become a popular tourist destination,... 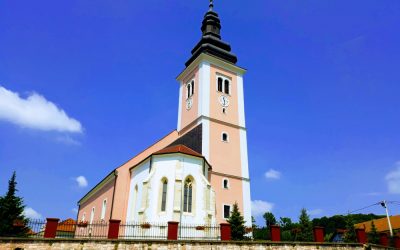 How to Visit the St. Vincent’s Day Wine Festival in Štrigova, Croatia

We love visiting the Balkans in winter, and there are many great winter festivals you can attend to make a winter trip here even more lovely! One festival you should make sure to add to your Balkan itinerary is the celebration for St. Vincent's Day in Strigova,... 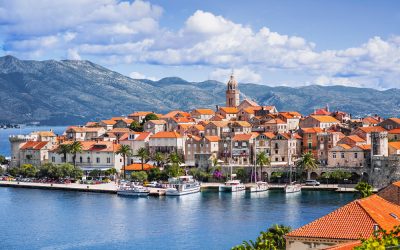 13 Cool Things to Do in Korcula, an Island Paradise in Croatia

Korčula is one of the most beautiful gems of Croatia, and over time, because of its remarkable beauty and its strategic position, everyone wanted to live there.... and now everyone wants to vacation there. But first, a little history. First, it was settled by... 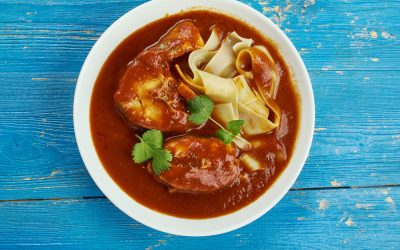 While we love Balkan food in general, we hold a special place in our hearts for Croatian cuisine. Full of rich flavors and hearty Adriatic seafood, traditional Croatian cuisine is both similar to its Balkan neighbors and yet still surprising and inventive, creating... 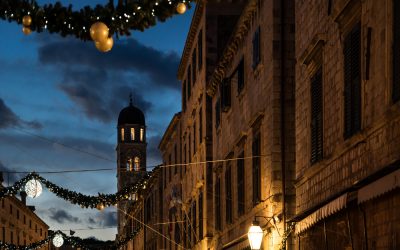 11 Delightful Things to Do in Dubrovnik in Winter

When it comes to Dubrovnik, one of the most popular Croatian cities, two things are certain. First, you'll be blown away by Dubrovnik’s medieval beauty. And second, the city will be crowded... yes, even if you visit Dubrovnik in winter! In the summer, it’s almost... 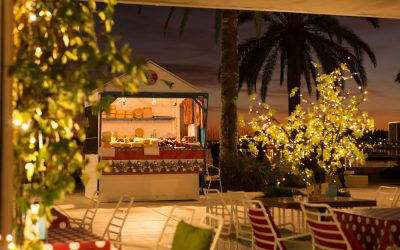 9 Magical Things to Do in Split in Winter

Split is one of the most visited Croatian cities. Hundreds of thousands of people visit the city every year, the majority of them during the high tourist season in Croatia (June to September). If you’re OK with crowds and enjoy the scorching hot Dalmatian sun, then I... 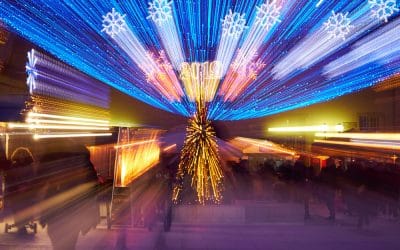 Most people come to visit Zadar in summer, taking in the stunning Dalmatian coast and its important Roman ruins. But don't skip over visiting Zadar at Christmas! Here's everything you need to know to plan the perfect Zadar Christmas Market visit so you can enjoy the... 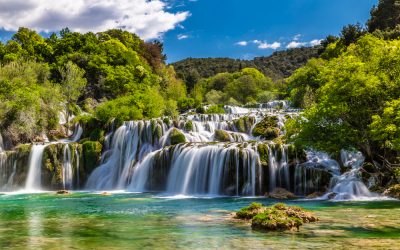 Krka National Park is the second most visited Croatian national park, after Plitvice Lakes. It is situated in Šibenik-Knin County, in central Dalmatia. Its main phenomenon is the Krka River, which has springs near Knin and is famous for beautiful waterfalls, tufa... 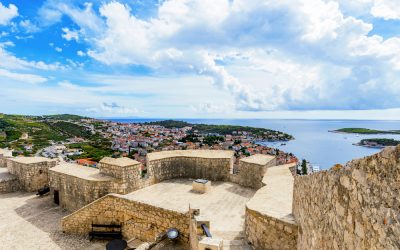 11 Heavenly Things to Do in Hvar, Croatia’s Island Paradise

As you walk the cobblestone streets of this quaint town on the Adriatic Sea, you can’t decide if it feels more like the Italian Riviera, a medieval keep straight out of Game of Thrones, or something else entirely. In truth, this spectacular spot is a little bit... 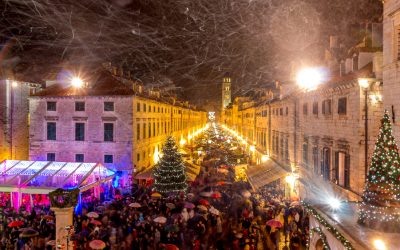 How to Visit the Dubrovnik Christmas Market & Dubrovnik Winter Festival

Dubrovnik has been having a moment lately, but many tourists forget that it's beautiful in winter as well as summer. Come celebrate Advent in Dubrovnik with a visit to the festive Dubrovnik Christmas Market! We spoke with Romana Vlasic, Director from the Dubrovnik... 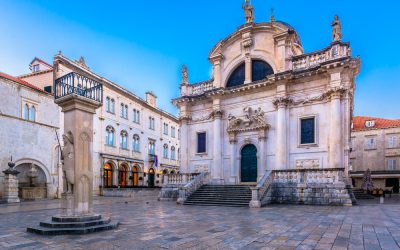 Especially in the peak season, the Old Town of Dubrovnik can be inundated with day-trippers and cruisers, which can take away the magic. But if you stay overnight in Dubrovnik Old Town, there are times where you have the city almost on your own. Just wake up early for... 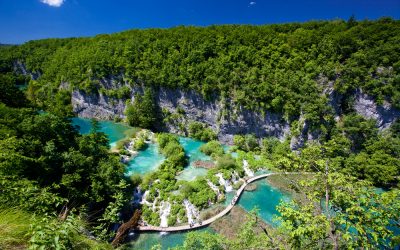 How to Visit Plitvice Lakes from Zagreb on a Day Trip

Plitvice Lakes is the largest and the most visited Croatian National Park. It’s so popular that as of spring 2019, the number of visitors is limited to 10,000 a day, to help preserve the lakes and the tufa formations. This year also marked the 40th anniversary since... 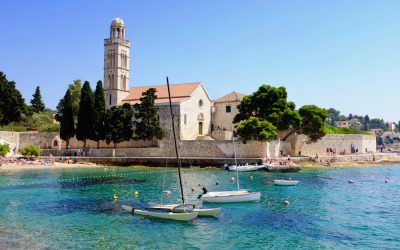 Planning a trip to Hvar, Croatia's beautiful island paradise? Whether you need some Hvar puns to make your travel companions groan or some punny Hvar Instagram captions to make your followers giggle, here are our best (read: worst) puns about Hvar. If you want more...