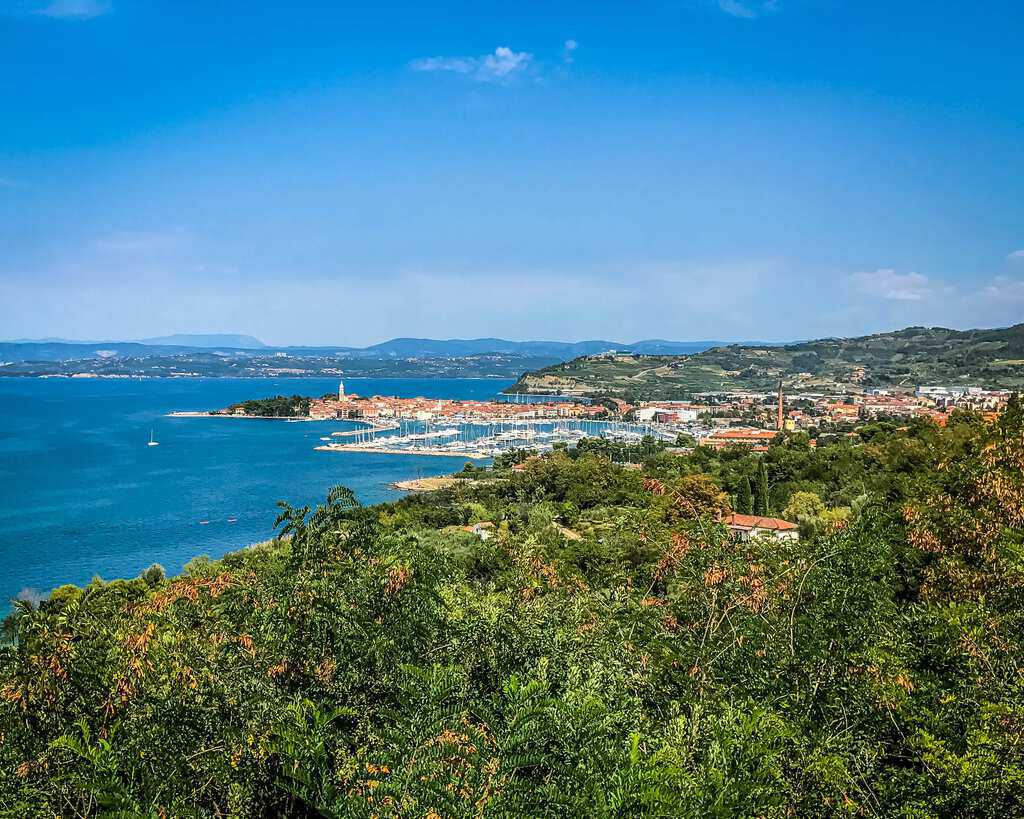 Discovering Ljubljana and Beyond

Slovenia is sometimes a bit of a contentious inclusion in lists of the Balkans. However, as much of Slovenia lies on the Balkan peninsula, and as it was part of Yugoslavia and thus historically quite tied to its Balkan neighbors, we are including it here, the same way that we have included Asian Turkey and Greece’s islands.

Slovenia is a small country with so much to offer. With just over 2 million residents, some 300,000 of whom live in the capital city of Ljubljana, it’s a sparsely populated, nature-loving wonderland that tourists are just beginning to discover and fall in love with. At the crossroads between Italian, Central European, and Slavic culture and history, Slovenia is a mish-mash of influences that has created one unique national identity

While Ljubljana is quirky, cool, beautiful, and basically everything you want in a city, the real draw of Slovenia is its nature. The hiking in Triglav National Park is second to none and the country is known for its beautiful rivers, gorges, mountains, and lakes which awe and inspire. Slovenia is also known for its castles, with the castle-island of Bled being the best-known followed by the stone-hewed Predjama Castle. Slovenia is also home to some of the largest and most impressive caves in the world, so geology nerds rejoice (just me? aight.)

Slovenia is compact with many of its sights easily managed as day trips or as stops on a small but thorough road trip. If visiting in the summer, make sure not to miss its tiny patch of Adriatic coastline, pinched on both sides by Italy and Croatia, which has the beautiful towns of Piran, Koper, and Portoroz squeezed in its small 40-odd kilometer coastline. 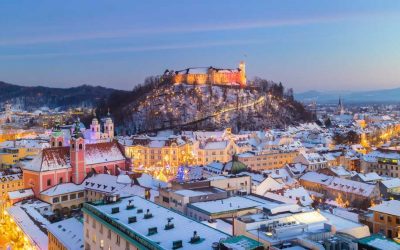 11 Dreamy Things to Do in Ljubljana in Winter

For those of you who don’t know Ljubljana, you're missing out on a really special place, especially in winter. Centuries, even thousands of years old (think Roman era), this little town still provides a lesson when it comes to amazing food, even better wine,...

15 Stunning Things to Do in Maribor

Maribor, the capital of Slovenian Styria, is surrounded by Pohorje and wine-growing hills. It represents a perfect destination for wine lovers, for those longing for an escape to nature, and to enjoy sight-seeing medieval architecture. The second-largest city in... 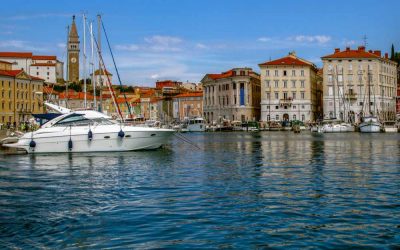 13 Exciting Things to Do in Portorož (Portorose), Slovenia

The Slovenian coast lies where the Gulf of Trieste is closest to the heart of Europe. Here, there's a beautiful Slovenian seaside resort and spa town, Portorož. Often also spelled as Portorose, the place is in the Municipality of Piran, in southwestern Slovenia. Here... 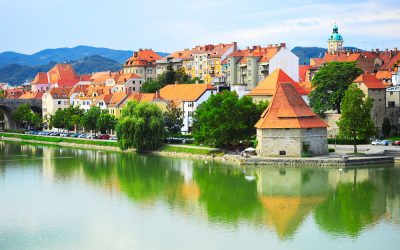 Where to Stay in Maribor: Hotels & Accommodation You’ll Love!

Maribor is beloved for its proximity to wine country and several of Slovenia's most beautiful natural wonders, and it makes a natural base for road tripping around Slovenia as well as people who want to soak up a bit of Slovenia's urban life without the crowds of... 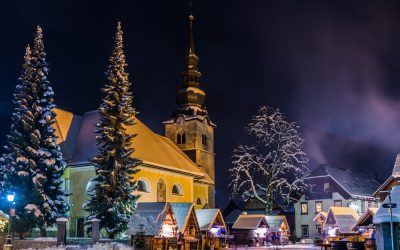 Kranjska Gora, the charming Alpine mountain village near the shores of Lake Janska, is located near Slovenia's borders with Austria and Italy. As such, Christmas in Kranjska Gora is a wonderful mix of Germanic, Slavic, and Italian traditions, making it one of the best... 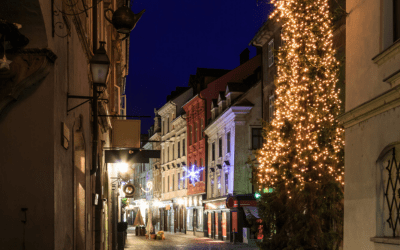 Looking for a cozy European capital to enjoy some Christmas festivities? Look no further than charming Ljubljana! This spectacularly fairy-tale-esque city is one of my favorite in all of Europe, and it sparkles extra bright at Christmas! Here's everything you need to... 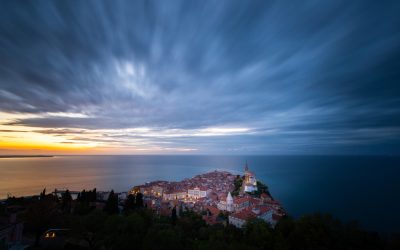 Is Slovenia Safe? 13 Tips for Staying Safe in Slovenia

Slovenia is advertised as an idyllic place to vacation. The picture-perfect magazine spreads and glossy photos may lull one into thinking that this is a place where nothing bad has (or will ever) happened. Yes, its status as a Balkan country and the fact that tourists... 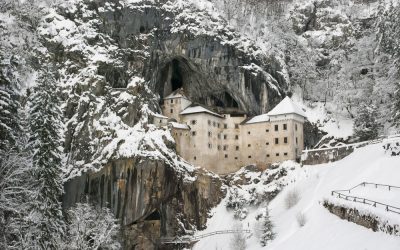 Looking for a winter escape this year? Whether you want to get away from the cold or you're looking to dive right into it, Slovenia has a great combination of mountain and coastal fun waiting for you! From dreamy Lake Bled to charming Ljubljana all the way out to... 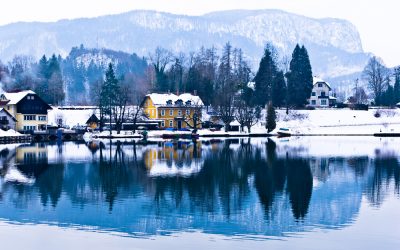 The town of Bled, Slovenia, is everything you could want for a cozy Christmas vacation. It's charming, picturesque, and makes for a fabulous winter escape. It even has special Christmas events and activities to make your Christmas in Bled that much more spectacular!... 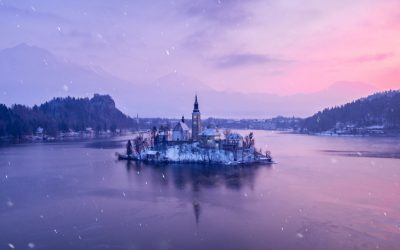 I love visiting Bled. There's something so special about this picturesque little town on the edge of one of the world's most beautiful lakes. Between Bled Castle and Bled Island, there's no shortage of charming, picturesque spots here. But Lake Bled is not just a... 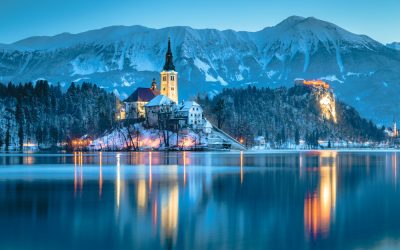 While Lake Bled, the darling of Instagrammers and photography enthusiasts, is no hidden Balkan gem, it often gets overlooked when it comes time to plan holiday travel. This is a shame since the town's ski resorts and winter activities make it the perfect place to... 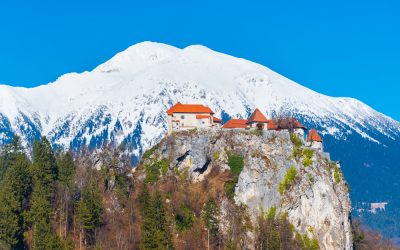 Skiing in Bled: Where to Stay Near the Straža Lift

If you're planning a trip to Bled this winter, get ready for a magical winter trip like you can't believe! While there are several fantastic ski resorts in Slovenia, one of the most convenient for travelers who want to combine skiing with sightseeing is Bled. Yes --... 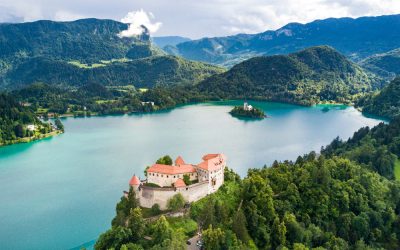 13 Fairytale Castles in Slovenia (+ How to Visit Each One)

If you are planning a trip to Slovenia, then you might have noticed that there are a ton of castles and historic churches everywhere! Some of them are restored, and some are left in ruins, but no matter the state of these historical buildings, you can still feel that... 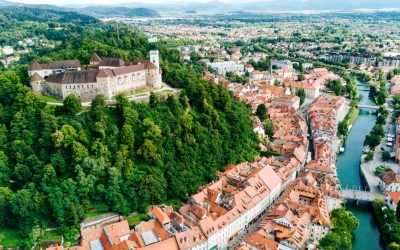 Essential Slovenia Packing List: What to Wear & Pack for Slovenia

Wondering what to pack for Slovenia? Here is our complete Slovenia packing list, including our suggestions for what to wear in Slovenia for women and men for every season. Can't read now? Pin for later! [mv_video key="lfue7qr0pyrv1kagulfl" volume="70"... 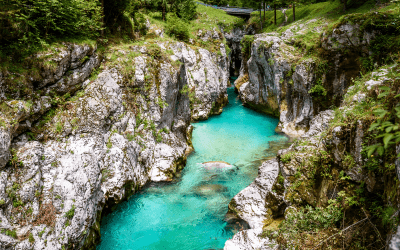 13 Gorgeous Slovenia Waterfalls to Add to Your Itinerary

If you're headed to Slovenia, no doubt you're interested in exploring some of the country's luscious nature! We love Slovenia for its gorgeous national parks, rocky beaches, and, of course, its gorgeous waterfalls! If you're looking to add a few to your itinerary,... 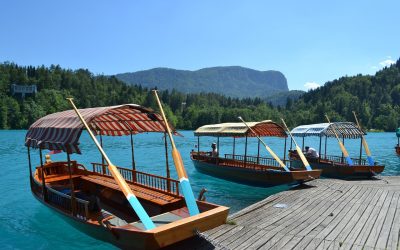 Where to Stay in Lake Bled: Hotels & Accommodations You’ll Love!

7 Steps to Cancel or Postpone Your Trip to Slovenia

Do you need to cancel or postpone your trip to Slovenia? Canceling a trip that you've already spent money on can be stressful, but if you travel frequently then it will probably happen at least once or twice! Allison and I have both had to cancel multiple... 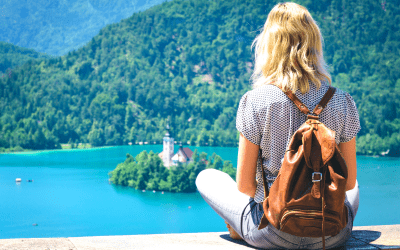 The 23 Most Instagrammable Places in Bled & Lake Bled Photo Guide

Lake Bled is the stuff of Instagram legend. But there's much more to Bled than just one or two pretty spots. Here's are our picks for the most Instagrammable places in Bled plus hotel recs. [mv_video key="lfue7qr0pyrv1kagulfl" volume="70" aspectRatio="true"... 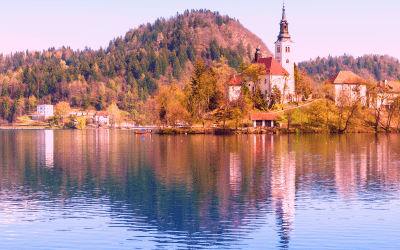 10 Slovenian Souvenirs You Need to Take Home with You

Slovenia is the land of dragons, wool, and sea salt. What? You thought it was the land of beautiful castles and gorgeous cities? Well okay, it's that too. But when it comes to shopping in Slovenia, you want to think less about lakeside palaces and more about wine and... 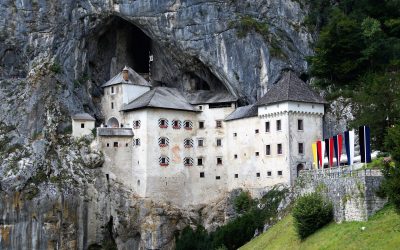 Planning a Trip to Slovenia: Your Travel Checklist

Slovenia is the darling of European travel, and its a fairly easy country to travel to. That being said, there are a few things you want to make sure you think through before your trip. Here are the eleven steps you need to follow to have the perfect Slovenian... 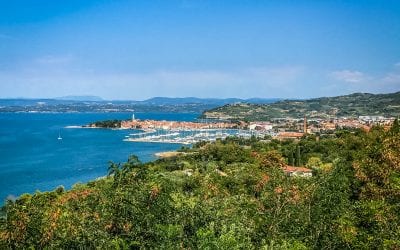 27 of the Best Places to Visit in Slovenia

Slovenia is a land of fairy-tale castles, beautiful rivers and lakes, incredible mountains, and vibrant cities. It may be small, but this country at the western edge of the Balkan peninsula is well worth visiting in depth. This guide to where to go in Slovenia...