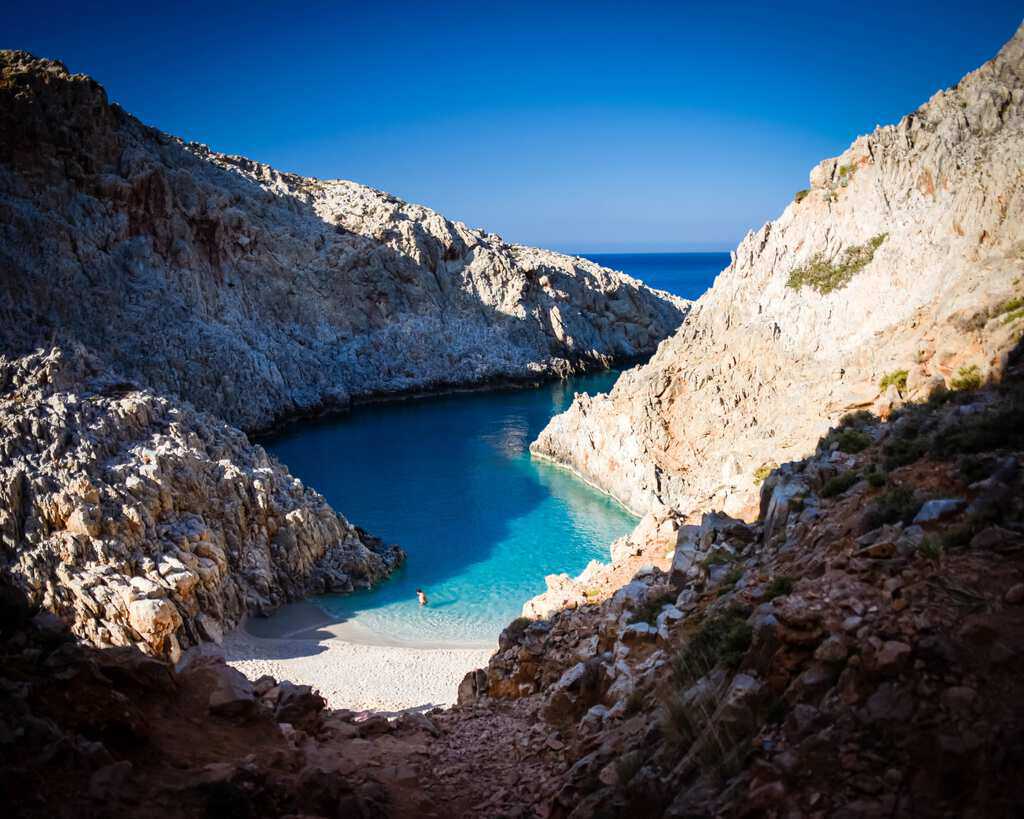 Discovering Athens and Beyond

Greece is a country of over 10 million people, with less than 1 million people living in the capital city, Athens. Greece is certainly the most famous and most-traveled country in the Balkans, beloved by tourists over the past decades. It attracts over 30 million tourists a year, making it one of the most visited countries in Europe and even the world.

Athens is the country’s heart, drawing people from around the world to discover the ruins of Greek and Roman civilization. Here, you’ll find some of the most impeccable ruins that any capital city can boast, from the Acropolis to the Agora. You’ll find political graffiti in the anarchist neighborhood of Exarcheia, chilled out cafés in Plaka, and delicious food literally everywhere.

But its islands are the real draw, with Santorini and Mykonos pulling in honeymooners, couples, friends, and Instagrammers from around the world. Yet beyond its two most famous islands, Greece has other stunners such as Crete with its pink-sand beaches and Rhodes with its medieval architecture and so much more that lays just off the beaten path, waiting for you to discover it. 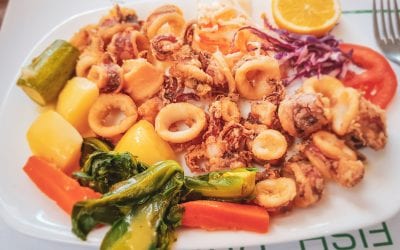 Planning a trip to Greece? Thinking about all the delicacies? Well, we are here to help! When it comes to Greek street food, here’s everything you need to know! Greece offers an admirable variety of delicious street food that will keep you coming back for more. ... 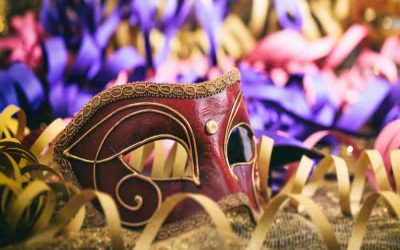 8 Things You Need to Know Before Visiting Patras Carnival

Either you have some very excited friends who have visited Patras Carnival, and loved it, or… you ended up looking up for it because flights to Rio De Janeiro were a bit out of budget. Whichever scenario brought you here, I guarantee, you will NOT be disappointed, as... 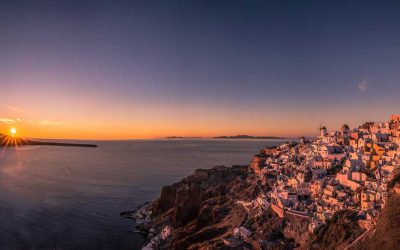 Unforgettable Things to Do in Santorini During Winter!

Are you still uncertain about visiting Santorini in winter? Or maybe you just made up your mind about getting to the island during the cold months but are looking for some winter inspiration. You’ve come to the right place! Traveling to Santorini in winter can... 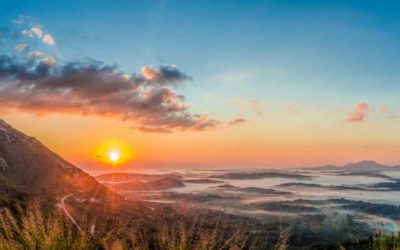 The Most Unique Things to Do in Corfu in Winter!

Corfu belongs to the so-called group of big islands in Greece, the same as Rhodes, Evia, and Crete. This means that life goes on in winter as much as it does in summer since many people live on the island all year round. Although Corfu can be considered a rainy... 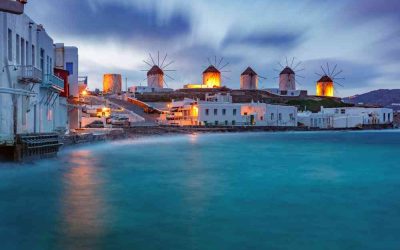 Unexpected Winter in Mykonos: Best Things to Do on the Island

Have you ever thought of visiting Mykonos? I bet you did… I also bet that you were also surprised at the incredibly high price tag that the island features almost all year round. Well, except, of course, in winter. Despite the weather not being at its best, and... 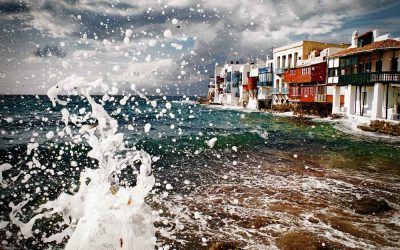 The Most Enchanting Greek Islands to Visit in Winter

Although the Greek islands are not the most usual destination you would think of when making up your mind about where to go for a winter vacation, they're an option to consider if you're not a fan of snow or extremely low temperatures. More and more people are... 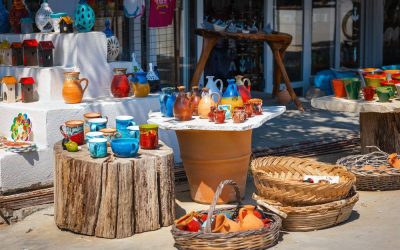 13 Gorgeous Souvenirs from Crete that You Can Bring Back Home

If your holiday in Crete is coming to an end, I'm certain you will want to take back home some beautiful memories of the island that will help you revive those unique moments once you are back home. Here is a list of the best 13 souvenirs you can buy during your trip... 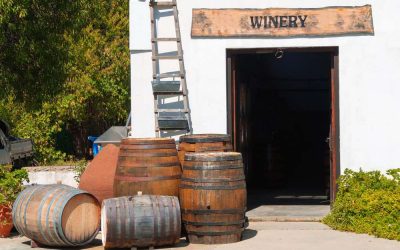 Winelovers and wine aficionados should make a point to discover different local wineries and labels when visiting the Greek island of Crete. Local wine production can be considered among one of the most striving industries on the island with an important... 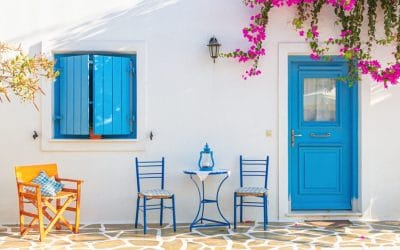 Wonderful Things to Do in Antiparos, Greece

Right opposite the bigger island of Paros, there’s a small Greek Island, unspoiled and tranquil, ideal for a relaxing vacation. It’s Antiparos. Many travelers usually overlook and consider the place just a one-day destination, however, there are several things... 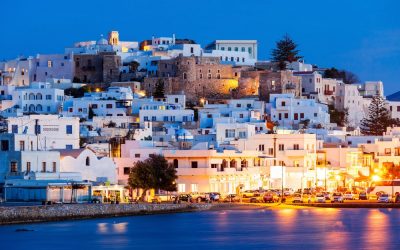 The Ultimate Naxos Itinerary: How to Spend the Perfect 2 Days in Naxos

Planning to spend one or two days in Naxos? Use this Naxos itinerary to plan the perfect stopover on this special Greek island!Naxos is one of the most beautiful Cycladic islands. It's located in the heart of the Aegean Sea and it embodies the ideal of the Greek... 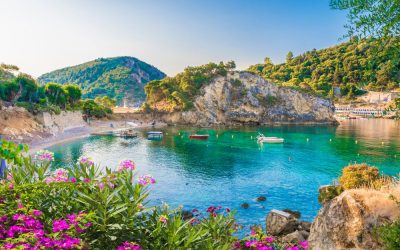 The 17 Most Stunning Things to Do in Corfu (+ Bonus Best Beaches in Corfu!)

One of the biggest and most green islands off Greece’s northwest coast is Corfu. The Ionian island is a ravishing summer destination with a stunning landscape. High mountains, pristine beaches, and a rich history that reflects, in monuments and buildings, each of the... 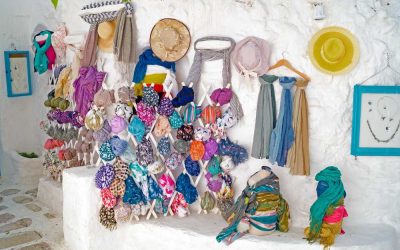 The 10 Most Gorgeous Souvenirs from Santorini to Bring Back Home!

Yes… you will definitely take a lot of pictures in Santorini and those can be unmistakably considered the best souvenir you can get home from the island. If you choose your favorite one and have it framed it can be the perfect Santorini souvenir from your... 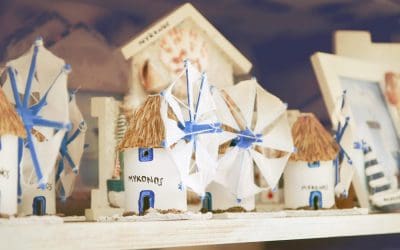 10 Unique Souvenirs from Mykonos You Should Buy on the Island!

Nothing brings back the great memories from your trips than a nice and well-thought set of souvenirs to take home with you after your holidays, don't you think? When it comes to the Greek islands, everything looks so pretty that you are often tempted to take home... 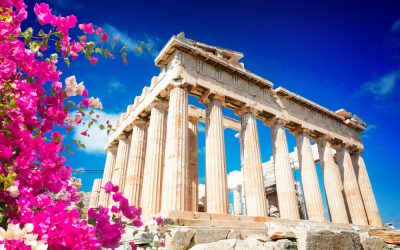 One Day In Athens Itinerary: The Ultimate Athens Guide In 24 Hours

Looking for the perfect one-day in Athens itinerary? For many first-time visitors to Greece, a quick stopover in Athens whilst on route to exploring the gorgeous Greek isles is usually their first and only introduction to this incredible city. With so much history,... 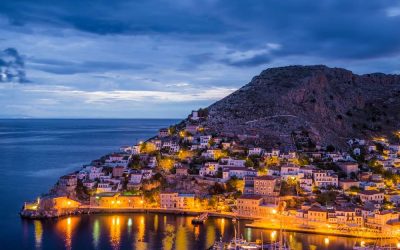 Perfect 2-Day Itinerary on Hydra Island for an All-Greek Getaway!

Hydra is a small island on the Saronic Gulf, less than an hour away from the capital of Greece, Athens. Boarding a ferryboat in the Port of Piraeus and spending a couple of days on this island can be a great city break idea. This super useful itinerary of Hydra... 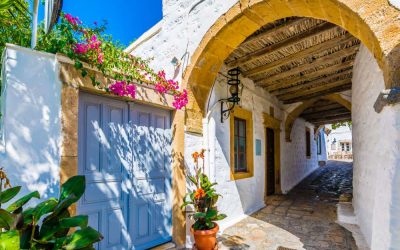 The Most Fabulous Things to Do on Patmos Island

Patmos is a Greek island part of the group of the Dodecanese cluster on the northern side of the Aegean Sea. This quite isolated location has allowed Patmos to remain quite off-the-beaten-track and to retain a unique tranquil mood. Check this guide to unveil... 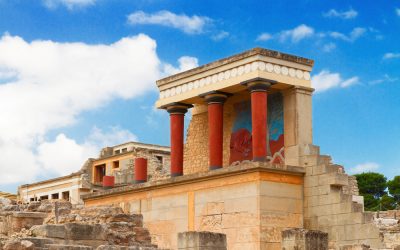 How to Visit the Minoan Palace of Knossos (from Heraklion + Elsewhere)

One of the best things to do during a trip to Crete is to take some time to discover the past of the island. A complex series of events that span for centuries until the present date. Arguably one of the most important civilizations that lived and ruled on Crete were... 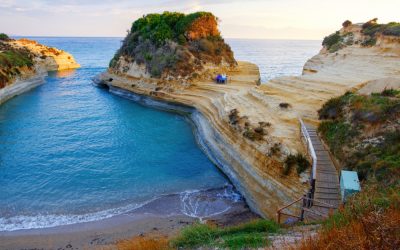 Your Picture-Perfect 2 Days in Corfu Itinerary

The island of Corfu, known as Kerkyra by the Greeks, is located off the Northwest coast of Greece, right in the heart of the Ionian sea. The island is a hot holiday destination in Europe, a favorite place to visit in Greece for its culture, history, and amazing... 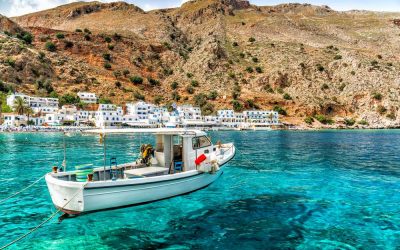 What is the Greek Island of Crete Best Known For

The gorgeous island of Crete, on the southern portion of the Aegean Sea, is one of Greece’s most diverse islands. As well as one of the most beloved islands by tourists, many of which return to the island every year or two, all of them willing to experience a... 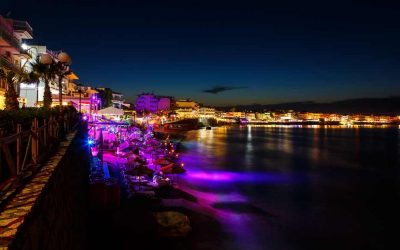 There's no better place in Crete to go clubbing than the capital of the island, Heraklion. Of course, Crete is nothing like Mykonos, Ios, or other Greek islands better known for wild night parties, but the city still remains the place to go for great nightlife on... 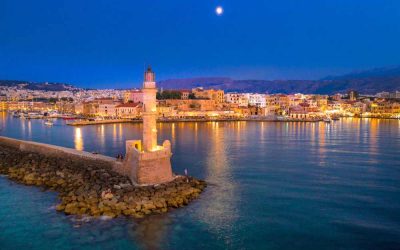 There are many things to do in Chania all day long: A romantic old town to wander, stunning beaches to explore, adventurous escapes in the mountains, and an excellent choice of restaurants where to indulge in the unique flavors of Cretan cuisine. What about the nights...