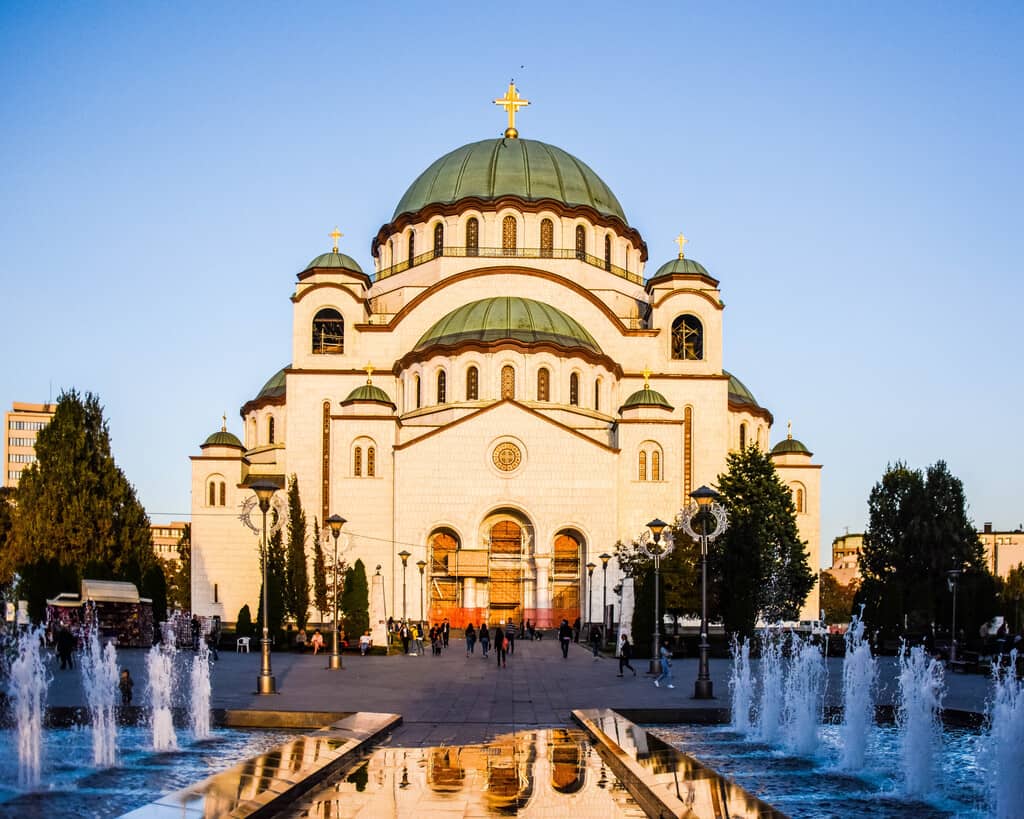 Serbia is a country of over 7 million people, with nearly 1.5 million people living in the capital city, Belgrade. This country used to be the political heart of Yugoslavia; now, Serbia is best known for its hearty food, beautiful monasteries, and historical monuments.

Belgrade is the bustling capital, home to cafés oozing with cool, delicious international restaurants, bustling pedestrian streets, and of course, some of the best nightlife in the Balkans. It’s best known for its massive fortress at the head of the confluence of the Danube and Sava Rivers, Kalemegdan Park, and the lively Knez Mihailova Street in the heart of downtown.

The autonomous region of Vojvodina to the north includes Serbia’s best wine-producing region, Fruška Gora, and countless beautiful, historic monasteries. The city of Novi Sad is best-known for the annual EXIT music festival, but as it is the European Capital of Culture for 2021, we expect it’ll soon be known for its colorful houses and vibrant arts scene. Subotica is a delightful surprise 10 kilometers from the Hungarian border, filled with Art Nouveau architecture in a palette of beautiful colors. Meanwhile, offbeat Kragujevec and Niš further south offer a look into Serbia’s sobering history, with important WWII sites and monuments. 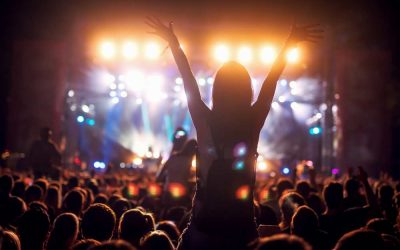 Serbian people have many things to be proud of - successful athletes, famous and acknowledged scientists, beautiful nature, but also the officially best music festival in Europe. EXIT won this flattering title back in 2014 and again in 2018. During its twenty... 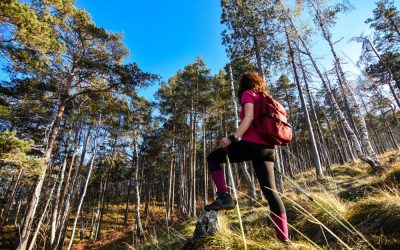 Great Hikes in Serbia That You Must Check Out!

Even though Serbia does not have very high mountains (all of them are under 3000 meters), it most certainly has unique, beautiful places made of unspoiled nature and attractive landscapes. Come with me as we explore some of the greatest hikes in Serbia, starting from... 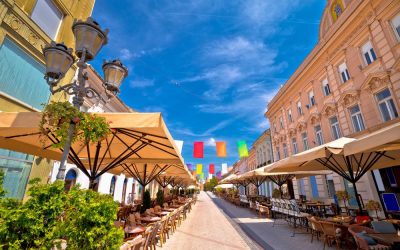 19 Delicious Novi Sad Restaurants: What & Where to Eat in Novi Sad!

After taking an extensive look at the best bars and clubs in Novi Sad, it’s now time to discover the best restaurants in town. When it comes to great food, there’s certainly no shortage of options in the second biggest city in Serbia. No matter whether you're a... 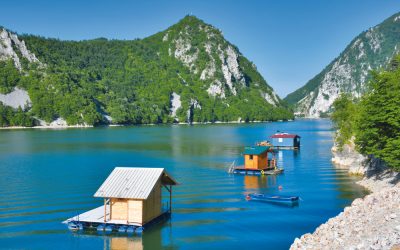 According to legend, the Serbian mountain Tara was a haunt of the Illyrian gods. Because of the unique charm of this place, the supreme god Tar chose (and named) Tara as the place where he would build his throne. And if this place is worthy of a god, what can ordinary... 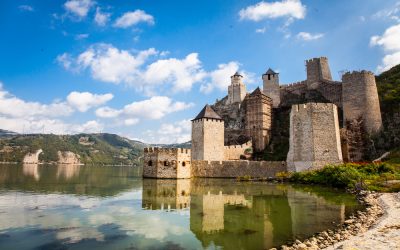 The Danube itself is a majestic river. Over the millennia, it divided the empires and regions, and today, it is a waterway that connects peoples and has enormous tourist potential. It passes through 10 European countries; a fascinating fact is that four European... 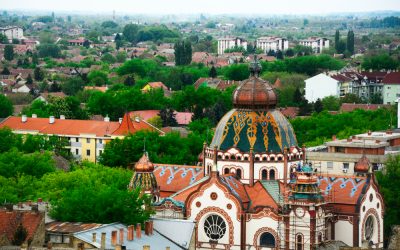 17 Things to Do in Subotica, Serbia’s Magical Art Nouveau Escape

Although Novi Sad and Belgrade usually get the most attention from domestic and international travelers to Serbia, the city of Subotica has its own singular identity and charm that makes it just as exciting. Subotica, the northernmost city in Serbia, only 10... 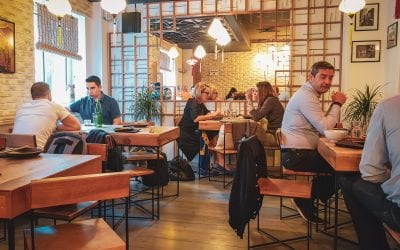 21 Best Restaurants in Belgrade: Where to Eat (& Belgrade Food to Try!)

Serbia's cuisine and culture has been marked by all the empires who have come and gone over this ancient land. As a result, you'll find that Serbian cuisine is a delicious fusion of Turkish, Austro-Hungarian, and Mediterranean cuisines. With their unique taste and... 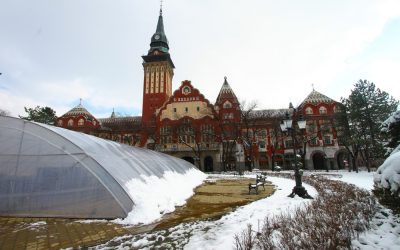 Subotica is an enchanting Serbian town just a few kilometers with the Hungarian border. It's a great destination to visit year-round because the city's beauty is in its amazing Art Nouveau architecture along with natural sites like Lake Palic. However, if you're... 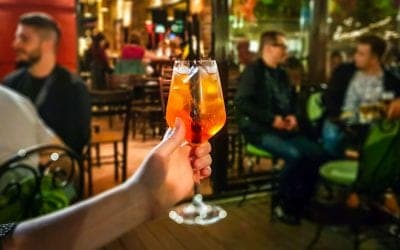 Belgrade is a city gripped by party fever! Whether you’re a fan of dancing or want to experience the authentic local culture and grab a beer or cocktail in a cozy atmosphere, Belgrade’s got something for everyone. Here, we present you a list of kafanas, bars, and... 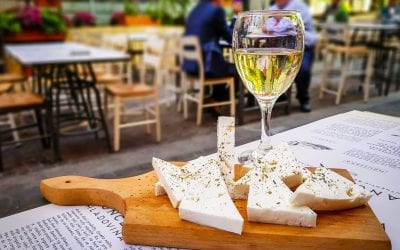 Your Ultimate Guide to Serbian Wine

Wine geeks – unite! The following is a little guide to Serbian wine making, vineyards, wineries, and of course – wine! Serbia is a great representative of winemaking in the Balkan region, with specific terroirs and a mild and comfortable climate, lending themselves to... 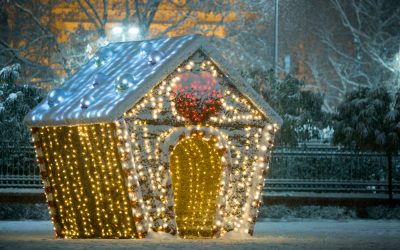 Novi Sad is a colorful and enchanting city, and its charm extends to the festive Christmas season when you can visit the Novi Sad Christmas Market.  Keep in mind that Serbia celebrates Christmas on January 7th and Christmas Eve is on January 6th, so if you're... 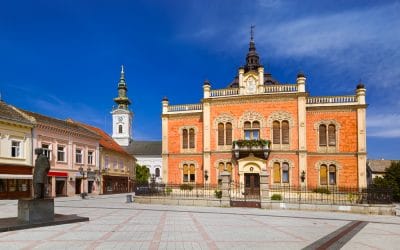 19 Exciting Things to Do in Novi Sad, Serbia

From the incredible food and famed nightlife to the abundance of culture, amazing architecture, and amazing hospitality, it’s no wonder Novi Sad is one of the most popular tourist destinations in Serbia. In fact, many Serbian natives (especially those who live in... 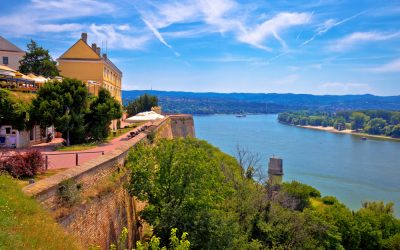 Novi Sad is having a moment. It made the Lonely Planet's 2019 list of best cities, it was named a European Youth Capital for 2019, and it'll be one of the European Capitals of Culture in 2021. With its Austro-Hungarian architectural flair, pastel-colored... 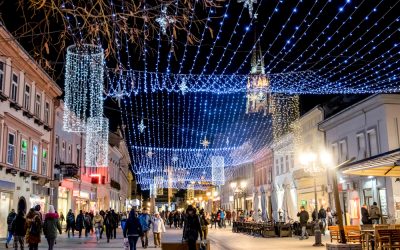 7 Magical Things to Do in Novi Sad in Winter

While I'll forever love Belgrade, without a doubt, Novi Sad is one of the prettiest cities in Serbia. With its Austro-Hungarian architectural influence, pastel color palette, and its position on the Danube with its stunning Petrovaradin Fortress anchoring it on the... 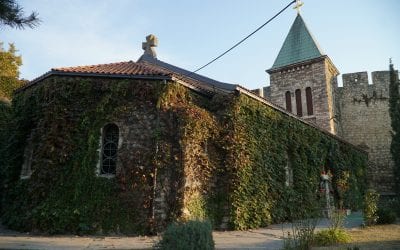 If you're looking for some beautiful (or slightly humorous) quotes about Belgrade, we've gathered our favorite quotes about this beautiful city on the confluence of the Sava and the Danube. From Serbian writers to well-traveled authors of travel guides, here are 13... 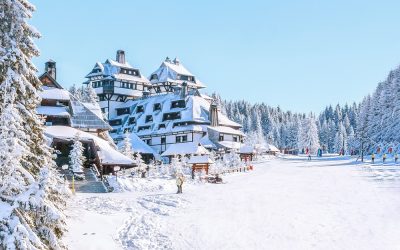 If you're planning a ski getaway to Serbia, you probably have your eyes on Kopaonik, the country's biggest ski resort center. There are 55 kilometers of ski slopes available and 23 lifts bringing skiers to those runs, some at altitudes up to over 2,000 meters.... 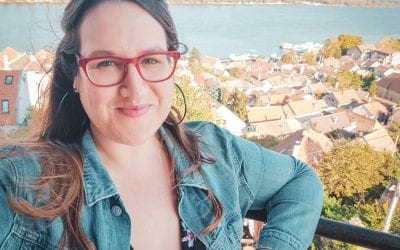 Essential Serbia Packing List: What to Wear & What to Pack for Serbia

Wondering what to pack for Serbia? Here is our complete Serbia packing list, including our suggestions for what to wear in Serbia for women and men for every season. [mv_video key="vrdcu0s0fo878oqzqfee" volume="70" aspectRatio="true" title="Beautiful Belgrade: 5... 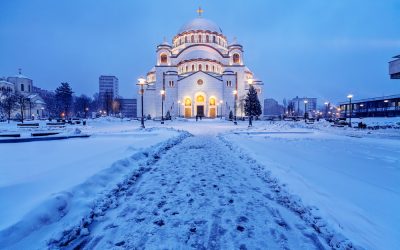 9 Fantastic Things to Do in Belgrade in Winter

If you're on the fence about visiting Belgrade in winter, we're here to tip the scales in Belgrade's favor. A thriving go-all-night party scene. A beautiful setting on the confluence of two mighty rivers, which turn gorgeously icy in winter. Delicious food and cozy...

One Day in Belgrade: A Mini Itinerary

Of all the cities in the Balkans, Belgrade has a special place in both Stephanie and my heart. It's the place we return to over and over again - I just wrapped up my third visit and Stephanie's been twice - and each time, we find new reasons to fall in love with this... 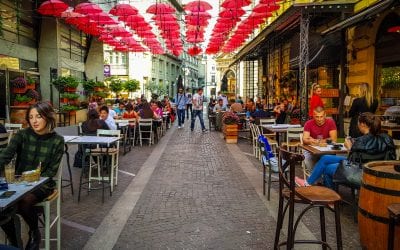 So you have a long weekend to spend in Serbia's capital, and you want to make the most of it? Well, we have you covered! This guide to planning the perfect Belgrade City Break covers everything you need to have a relaxing and enriching quick trip.  Belgrade City... 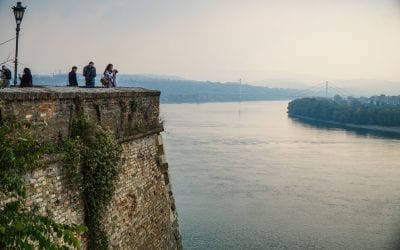 If you're planning a trip to Novi Sad, Serbia - whether for the yearly EXIT Festival, as a day trip from Belgrade, or in anticipation of Novi Sad's turn as the European Capital of Culture for 2021 - the first non-EU city to earn that honor. Novi Sad is an incredibly...