How to Get Around Sofia

Helping You Find Your Way Around the City

Sofia is a large city with a very compact and walkable downtown, with many sights easily within walking distance of the city center. The city is well-served by public transportation, with metros, trams, and buses bringing you all over the city for just 1.60 leva (80 euro cents) a ride. Taxis and plentiful and quite cheap, with fares starting as low at .70 leva (35 euro cents).

Despite all this, it’s not the easiest city to figure out for foreigners — we know, because we’ve been there! Between the lack of Google Maps public transportation directions, the Cyrillic street lines, unscrupulous taxi drivers, and the wonky grid that makes up Sofia’s streets, navigating Sofia can be frustrating.

We’ve traveled by foot, tram, cab, metro, bus, and car throughout the city and can guide you in the right direction. 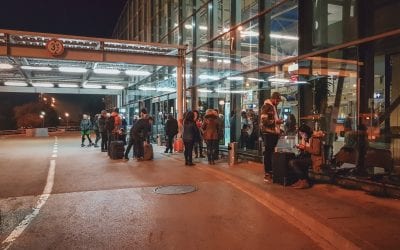 How to Get from Sofia Airport to City Center, Easily & Hassle-Free

If you're landing at Sofia Airport, you're in luck: there are actually several ways to get from Sofia airport to the city center, and none are that expensive. In fact - the cheapest is less than one euro! We'll go over all the ways you can get from the Sofia airport... 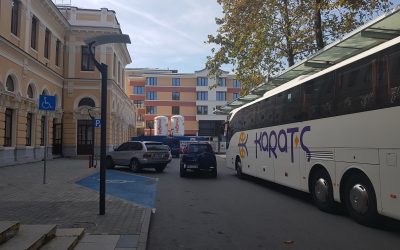 How to Get From Plovdiv to Sofia (By Bus or Train)

Plovdiv is one of my favorite cities in Bulgaria and of course, it features highly on everyone's must-sees when crafting their Bulgaria itinerary! Since Plovdiv is just two hours from Sofia by bus, it couldn't be easier to plan a trip from Sofia to Plovdiv and then... 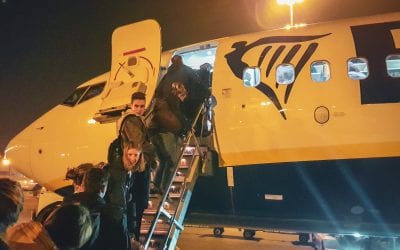 Sofia Airport Tips: 10 Things to Know Before You Fly In or Out of Sofia, Bulgaria 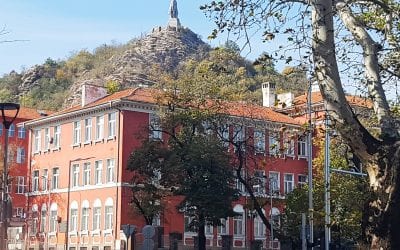 Plovdiv is one of the most beautiful cities in Bulgaria and it's no surprise why it is often a must-do on everyone's Bulgaria itinerary. And luckily, because it's an easy two hours from Sofia by bus, it couldn't be easier to get there, whether it's for a day trip or... 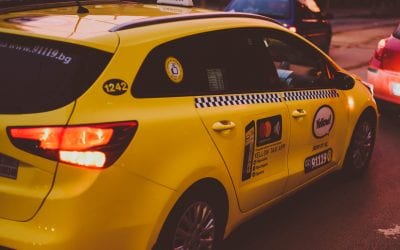 Sofia is a Taxi City Yes, Sofia has great public transportation, but taxis are still very popular here because they are both cheap and convenient. Regulated by the city, you can feel safe and secure hopping into any of the nearly 5,000 Sofia taxi cars and vans...