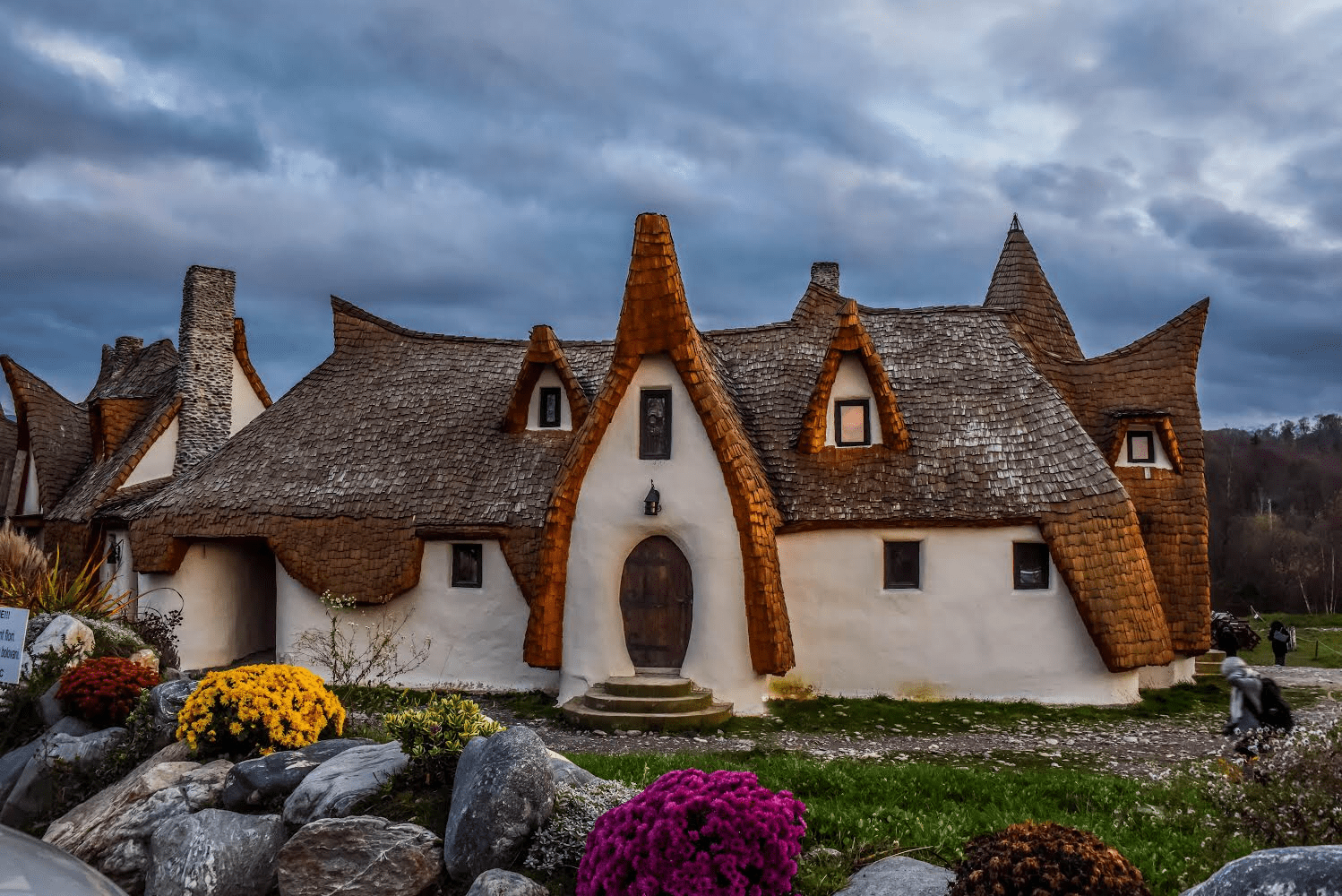 Discovering Bucharest and Beyond

Romania is a country of nearly 20 million people, with 2.5 million living in Bucharest alone. It’s a country of proud traditions on the fringe of the Balkans.

Bucharest is a dynamic – if not slightly chaotic – city. Formerly called “The Paris of the East,” Bucharest is known for its mix of Art Nouveau and Communist architecture, with much of its most beautiful architecture sadly in a bad state of disrepair. Still, Bucharest is a city in revival, with innumerable cool third-wave coffee shops, gorgeous bookstores practically begging to be photographed, and countless relaxed outdoor cafés and beer gardens that attract Romanians and tourists alike. Bucharest is truly a place of contrast, and those who visit tend to either love or hate it.

Transylvania is Romania’s most famous and touristic region, made famous by Dracula but surprising tourists with its delightfully colorful old towns such as Sibiu and Sighișoara. This is where you’ll find its most beautiful castles, such as Peleș and Bran Castle, as well as fortified churches, ancient fortresses, and gorgeous wooded forests. Meanwhile, the northern regions of Romania such as Bucovina are rural and bucolic, with pristine nature and people going about their lives in the most traditional ways. Romania is still largely undiscovered, so why not visit for yourself and see how much more there is to Romania than Halloween stories? 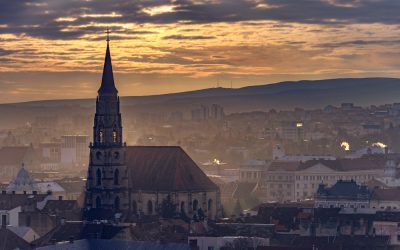 Great Things to Do in Cluj Napoca for a Fantastic Vacation!

Cluj-Napoca is the treasure city of Romania. Located in the heart of Transylvania, famous all around the world for its tales about Dracula and vampires, Cluj is the second biggest city in Romania and it was nominated European Youth Capital in 2015. I know for sure... 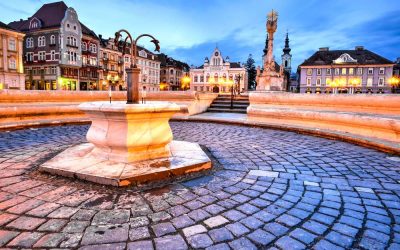 11 Fantastic Things to Do in Timisoara, Romania for an Unforgettable Vacation

Located in far western Romania, the city of Timisoara is a gem you cannot miss in your travels through the country. Timisoara perfectly blends the architectural beauty of Prague or Vienna, the liveliness of Paris, and the typically Romanian humbleness. In fact,... 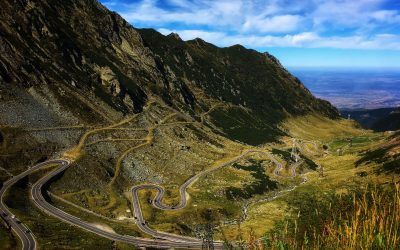 Note: This is a guest post by Rachelle Gordon of Adventure is Never Far Away Nothing is better than hitting the open road with the promise of good times ahead: discovering new favorites and hidden gems along the road; creating new memories and cultivating friendships... 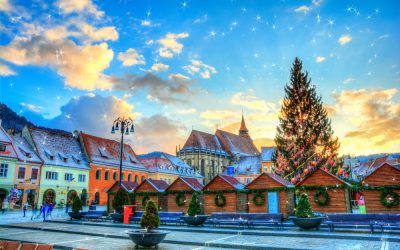 Headed to Transylvania at Christmastime and wondering what to do? Make sure to plan a visit to the Brasov Christmas Market for a great mix of Romanian and Hungarian Christmas traditions.  We spoke with Cecilia Doiciu from Brasov City Hall to get the best... 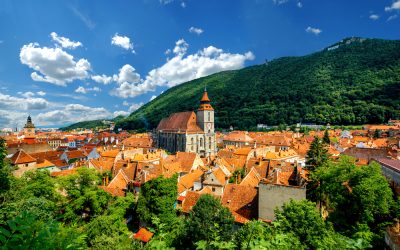 33 Remarkable Things to Do in Romania

Romania is one of the largest countries in the Balkans, and it's endlessly impressive how many wonderful things to do in Romania there are. The country has it all, from spellbinding alpine lakes to impressive wildlife along the Danube Delta to enchanting Transylvanian... 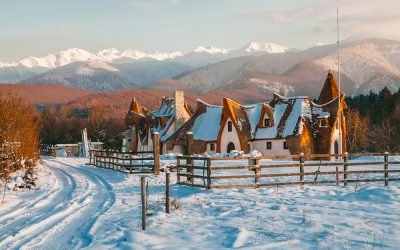 13 Exciting & Cozy Things to do in Transylvania in Winter

Transylvania is a mystical land of cozy cafes and towering castles, making it the perfect destination for a cold-weather escape. If you're headed to Romania in winter, don't just stick to Bucharest! From its ski resorts to its charming cities, you won't get bored... 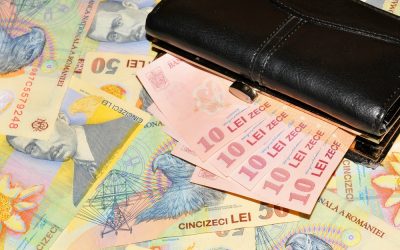 If it's your first time in Romania, you may have several questions about how tipping in Romania works, such as how much is expected and when and how you should add a tip. One of the important things a traveler needs to consider when arriving in a new country is the... 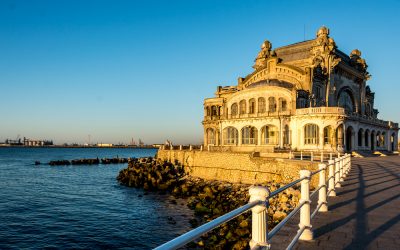 If you're anything like us, you're a Ro-maniac for a good pun... but maybe you've run out of ideas for silly Romania puns to make your friends groan or to use for your Romania Instagram captions. We're here to help you pun like a boss, so here are our favorite puns... 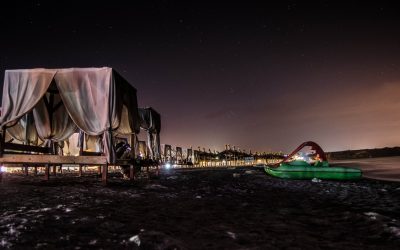 9 Fabulous Beaches in Romania for a Perfect Black Sea Vacation

Dreaming of a lovely Black Sea vacation? While many will head to the Bulgarian Riviera and its all-inclusive beach resorts, don't overlook Romania's slice of Black Sea paradise. Here are nine of the best beaches in Romania that make for the perfect summer... 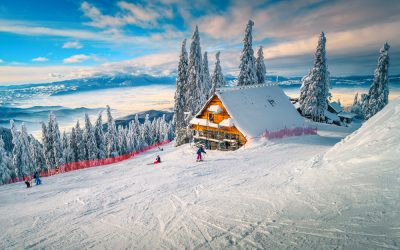 When we visited Romania in October of 2017, there was an early snowfall that totally caught us off guard just before Halloween when we were in Sibiu. A few days later, we arrived in a glistening white, snow-covered Poiana Brasov: imagine our surprise and delight that...