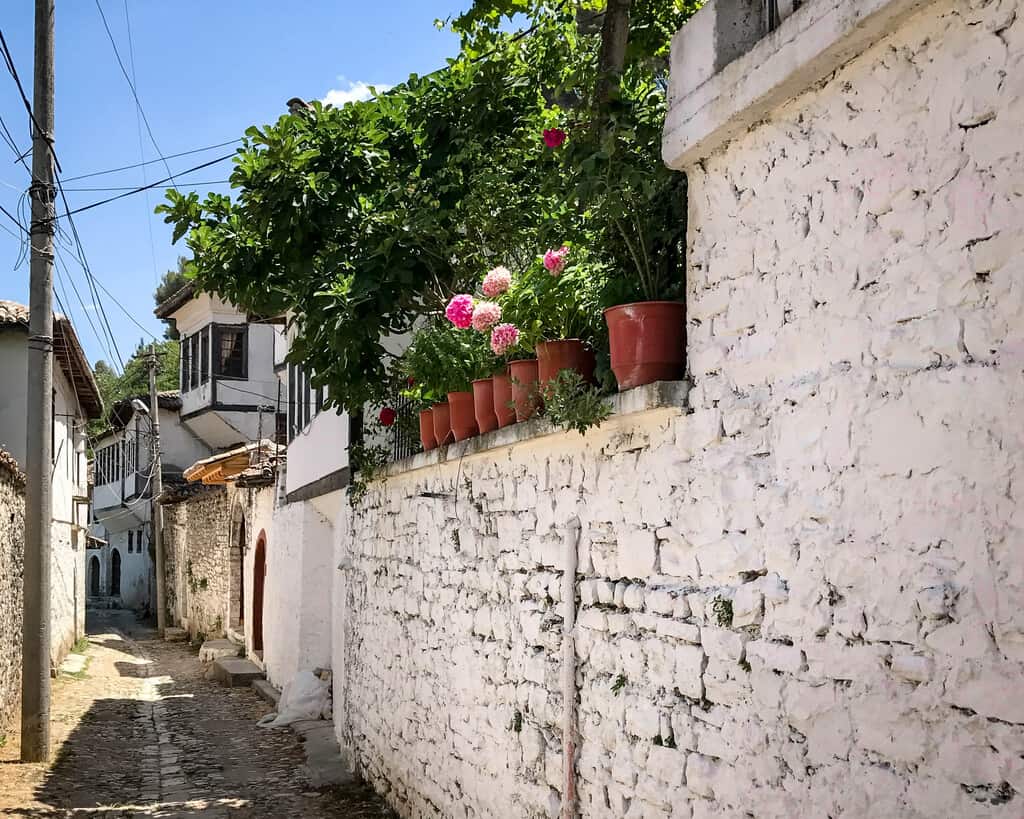 Discovering Tirana and Beyond

Albania is a country of over 2.8 million people – and even more Albanians live outside of the country, due to the large worldwide diaspora. Of their population, nearly half a million live in the busy capital city, Tirana.

It’s hard talking about Albania without talking about the country’s past. For decades, Albania was under one of the most repressive communist regimes in 20th-century history, under the rule of Enver Hoxha. Hoxha’s legacy is still visible in the landscape of Albania, in the hundreds of thousands of bunkers which now dot the countryside.

But Albania is more than its difficult past. The country has a wealth of beautiful landscapes. From the pristine mountains of the Albanian Alps to the turquoise-blue deep springs called ‘Blue Eyes’ to still deep blue lakes to the stunning cerulean beaches all up and down the Albanian Riviera, there are so many amazing spots in the country. The cities are busy and vibrant, with a rich cultural tapestry of mosques, churches, museums, and galleries. 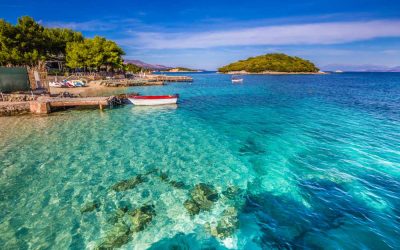 The Most Gorgeous Hotels in Ksamil for Your Albania Vacation

Ksamil is a pretty seaside town in Albania located just across the water from Greece’s Corfu island. This absolutely stunning place is also very convenient when it comes to accommodation. If you're used to Greece's great prices when it comes to your Summer vacation,... 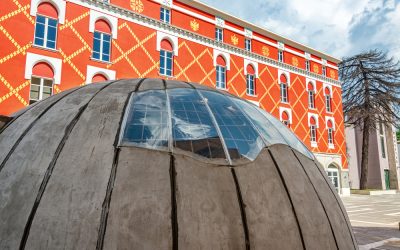 Is Albania Safe? 11 Tips to Stay Safe in Albania

For many travelers unfamiliar with Albania, there's a lot of confusion about the current state of the country that might leave them wondering is Albania safe to travel to. While we love traveling to Albania (and we've both traveled here solo), there are some... 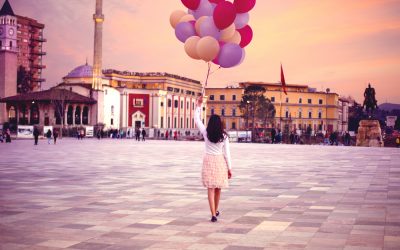 While anyone pondering a trip to Albania is probably looking to escape the crowds and travel a bit more "off-the-path," if you will, travelers may not know which cities in Albania are worth the time. But that doesn't have to mean simply seeing the most famous Albanian... 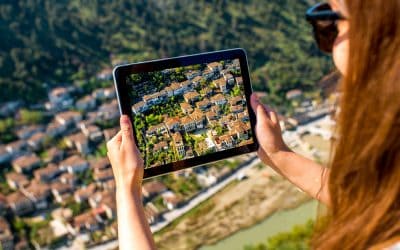 How to Choose the Best Berat Hotels & Hostels for any Budget!

Berat is an idyllic town of historic Ottoman houses and mosques nestled beside a river with a castle to watch over it. While you're here, you might feel like you've been dropped right into the middle of an Albanian fairy tale. Because of the geography of the city,... 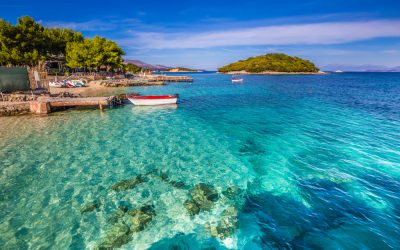 The beaches in Albania are one of Europe's best-kept secrets: as stunning as Greece's or Croatia's, yet a fraction of the price. Most of the most beautiful Albanian beaches are clustered around Saranda and the Albanian Riviera, which stretches through the coastal... 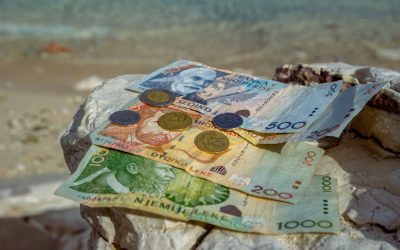 There are several things to consider when planning a trip and your trip budget. One of the important things a traveler should consider when they arrive in a new country is the tipping culture. It doesn't matter where you're from: you are a guest in someone else's... 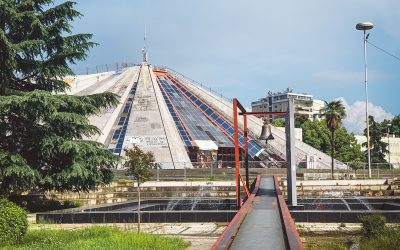 27 Incredible Things to Do in Tirana, Albania

Tirana is one of my favorite cities in the Balkans, and it always breaks my heart when I hear a traveler has only dedicated a day - or worse, a mere transit stop - to visiting this incredibly vibrant capital. OK, Tirana isn't "pretty" in the traditional European sense... 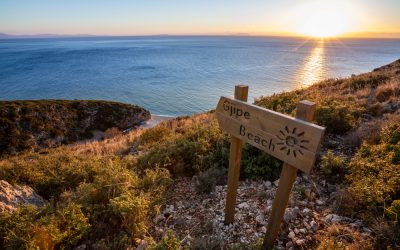 Getting to Gjipe Beach is not an easy task - and that's exactly why it's so worth it. This stunning beach takes up prime real estate on the beautiful Albanian Riviera -- yet it has none of the crowds of neighboring Himara or Drymades. The reason? A 45-minute hike up... 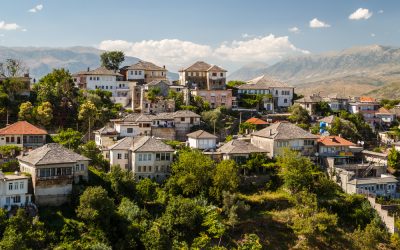 9 Things to Do in Gjirokastra, Albania’s Stone City

Gjirokastra (alternately written Gjirokastër because, Albania) is a UNESCO World Heritage gem, thanks to its gorgeous Ottoman-era stone architecture. In fact, Gjirokastra is lovingly nicknamed “the city of stones” due to its unique building style. While Gjirokastra is... 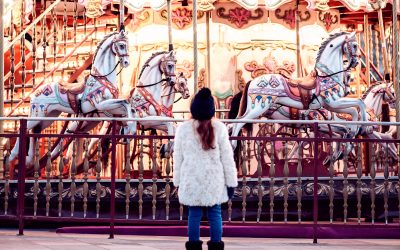 If you're wondering where to travel for the Christmas season, you might not have considered Tirana, Albania as the perfect Christmas market destination. However, Albanians have been throwing increasingly festive events in Tirana over the last few years. You might be... 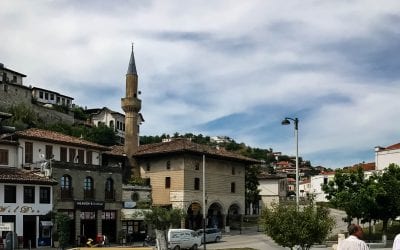 Albania is a beautiful and beguiling country with an intriguingly long history, cataloged through stories, literature, art, and poems. Here are some of our favorite quotes about Albania, one of our favorite Balkan countries, as well as some quotes by famous Albanians... 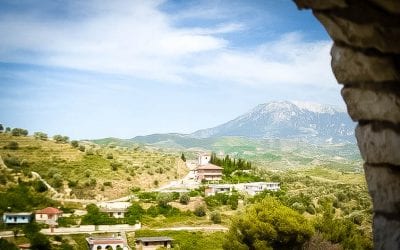 If you're looking for some cheesy Albania puns that will make your Albanian friends cringe (or to perfectly suit your Instagram feed with some punny Albania Instagram captions), this is the post for you - literally! No post gathering up puns about Albania existed on... 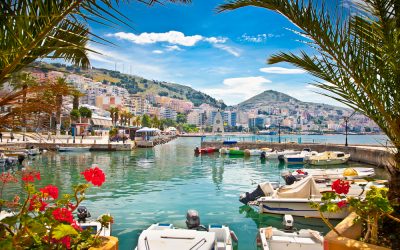 Note: This post on things to see in Albania is a guest post by Amy of Templeseeker. Minor edits have been made to change the post to American English. See below the post for our recommendations and tips. [mv_video key="urgmpssanvly3rpbctrh" volume="70"... 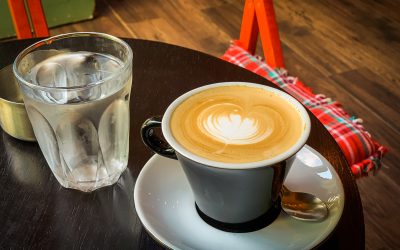 If I had to pick one place in the Balkans that has the best cafe culture, it'd be hard to pick but ultimately, I think I'd have to give the edge to Tirana. This funky Albanian capital city probably has more cafes per capita than anywhere else I've ever been: it seems... 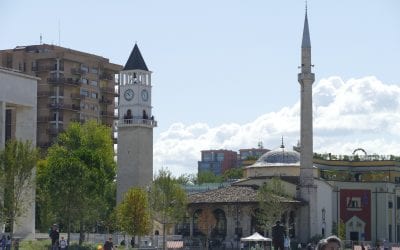 Essential Albania Packing List: What to Wear & Pack for Albania

Albania is a beautifully underrated country that should be getting far more tourism than it currently is. But we think that's about to change. Albania is seeing huge tourism numbers in the summer as word gets out about the lovely port city of Saranda, the beaches of... 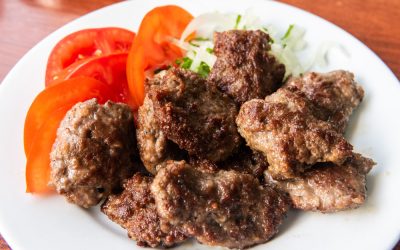 Albanian food is delicious, a mix of culinary influences that is hard to find elsewhere in the world. It's been influenced strongly by its Greek neighbors to the south - many of whom make up an ethnic minority in Albania itself. It's been deeply impacted by the... 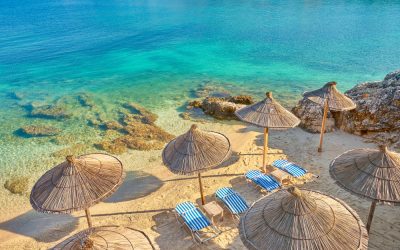 If you're trying to decide between visiting Albania or Macedonia, we've written this post to help you choose. There are a lot of similarities and differences between the two countries, and while we'd love to suggest you visit both, we know that if you have a limited...

If you’re planning a trip to Albania, it can be a bit of an overwhelming prospect. The country isn’t large, objectively speaking, but giant mountain ranges throughout the country and winding roads make certain trips that look short on the map look way longer in... 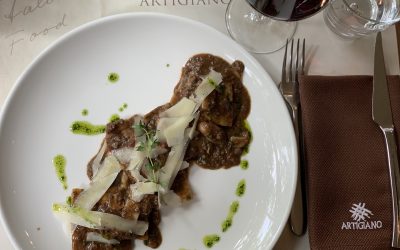 7 Best Restaurants in Tirana: Where to Eat in Tirana

Tirana's restaurant scene is booming, and now there are plenty of delicious places to eat in Tirana. From traditional Albanian food to international-inspired restaurants in Tirana, you'll find plenty of places to eat your way through this fun, vibrant capital city.... 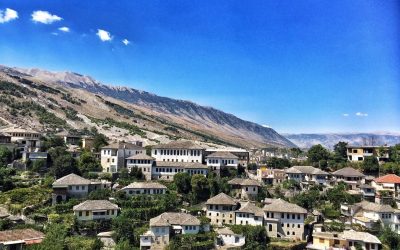 Planning a Trip to Albania: Your Simple Travel Checklist

Albania is quickly gaining a reputation as one of the last remaining hidden gems in Europe. But with a reputation for difficult public transportation and a lack of travel information available on the internet about certain destinations in Albania, it can make planning... 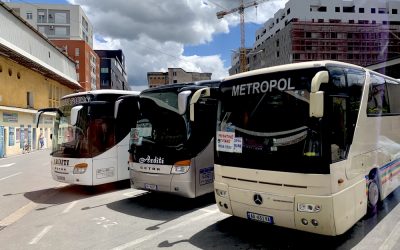 How To Easily Get from Tirana to Prishtina By Bus

One of the reasons we write these articles is how woefully wrong information on the internet can be when it comes to traveling by bus in the Balkans. The Balkans are changing rapidly: new highways constantly being developed that shorten driving times, new bus lines...