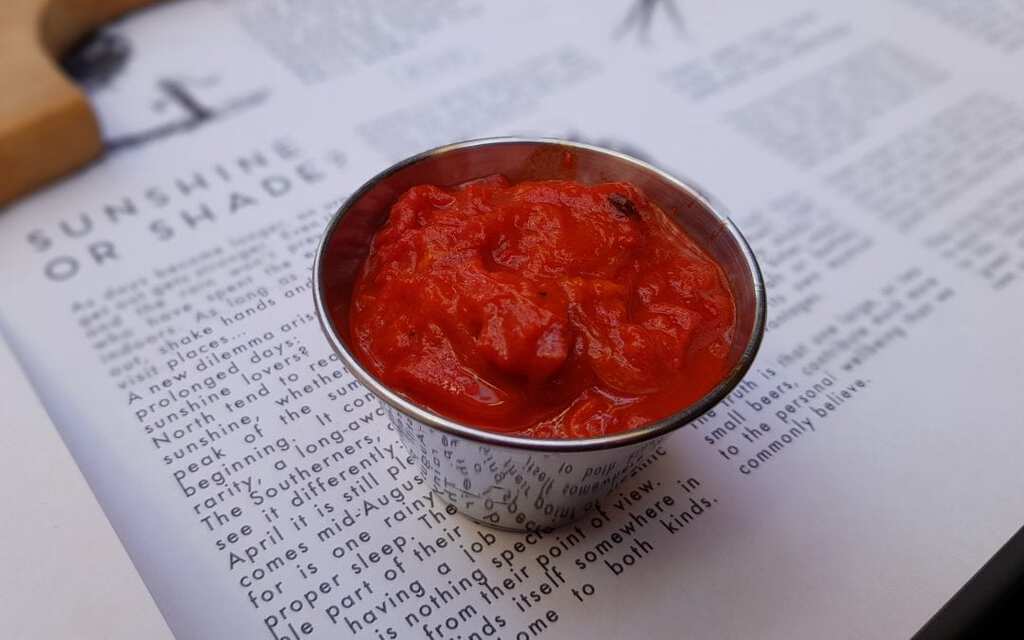 If you’re planning a trip to Macedonia, you’re likely wondering what on earth Macedonian cuisine is like! It’s not something you encounter frequently in large cities the same way that you encounter Greek, Italian, or Chinese food basically everywhere you go.

Luckily, traditional Macedonian food is quite tasty! It is a blend of Bulgarian influence and Greek influence, with a healthy Slavic love for grilled meat (though a cardiologist would definitely not define it as healthy).

If you don’t know what to eat in Macedonia, here’s a super quick guide to our favorite Macedonian dishes to try!

Yes, this dish originates in Bulgaria but it has spread to Macedonia, Serbia, and elsewhere in the Balkans and each country loves it as if it is their own (and many often claim it is their own as well!).

Made of roughly chopped tomatoes and cucumbers with some mild sweet green pepper and either red onion or scallion, the salad is then doused with olive oil and lemon before being covered with a grated salty cheese called sirene (similar to feta) and parsley. It is always vegetarian-friendly.

It is delicious and if you say otherwise, I will fight you.

The national dish of Macedonia, this incredibly simple but unbelievably delicious bean stew is one of the backbones of Macedonian cooking. And, better yet, it’s also almost always vegetarian (a rarity in Macedonian cuisine)

Made of fresh butter beans, onion, and simple seasonings like red and black pepper and salt, it’s then cooked in a clay pot which seals in all that beany deliciousness.

Inescapable in Balkan cuisine, are a staple of Macedonian food as well. It’s also the subject of one of the most hilarious Key & Peele sketches ever, which basically sums up the sillier points of Balkans rivalries in a nutshell!

Perhaps one of the most crucial parts of Macedonian cuisine is ajvar, dip or spread that is basically all that is good about life distilled into a sauce you can dip into anything.

Homemade ajvar is also my #1 Macedonian souvenir to bring back. Every time I come back from Macedonia, I tend to do it with a jar of ajvar which is so much better that , Bulgaria’s version.

You’ll find this cold summer-perfect soup in Bulgaria and Albania, but I think it tastes its best in Macedonia – perhaps because that’s where I first had this delicious soup.

Made of creamy yogurt, dill, and fresh herbs, Tarator is the perfect thing to eat on a hot Balkan summer day when you’re hungry but the thought of grilled meat makes you nauseous.

Like other countries in the Balkans, burek and pita are a way of life in Macedonia. It usually costs about 40 denar (~75 cents) for a slice and it will fight off any hunger for hours. It is a power snack that will make you want a power nap.

My favorite is pizza burek, but there is also meat, cheese, ham & cheese, spinach, and more that are all worth tasting. And at less than a dollar per piece, you can afford to try them all (though maybe your arteries can’t).

You’ll find this hearty stew in Macedonia, Bulgaria, and some parts of Serbia. The name comes from the Turkish word güveç, which means “earthenware pot,” for the vessel in which it is cooked in, which is the real defining characteristic of a guvech. Other than that, they vary pretty wildly.

You’ll usually find some sort of meat (chicken and pork are the most common) and plenty of vegetables, cooked sort of like a ratatouille until all the vegetables are creamy-soft. Generally, you’ll find some sort of combination of onion, zucchini, eggplant, peppers, and mushrooms inside, and it’s sometimes topped with a baked egg or cheese for extra protein.

The pljeskavica is basically the Macedonian version of a hamburger, but you’ll also find it in other ex-Yugoslav countries such as Serbia, Kosovo, and Bosnia. It’s also often called a sharska burger.

It’s basically spiced minced meat (usually pork and veal, sometimes with lamb too) formed into a patty and grilled, but here is where Macedonia mixes it up and makes it delicious by serving it with kaymak, a fermented dairy product similar to clotted cream or a very soft fresh cheese. It really amps up the flavor, though definitely does no favors for your health (as you’ve probably noticed!)

Pronounced “pastor-may-leeya” (good luck with that!) this dish is similar to a Turkish pide or even a Georgian khachapuri (though the focus is meat, rather than cheese). It’s often called ‘Macedonian pizza.’

It’s made of an oval-shaped bread with pointed edges, usually with sliced cubes of meat on top, which is usually lamb or beef.