The 12 Balkan Flags & the Meanings Behind Them 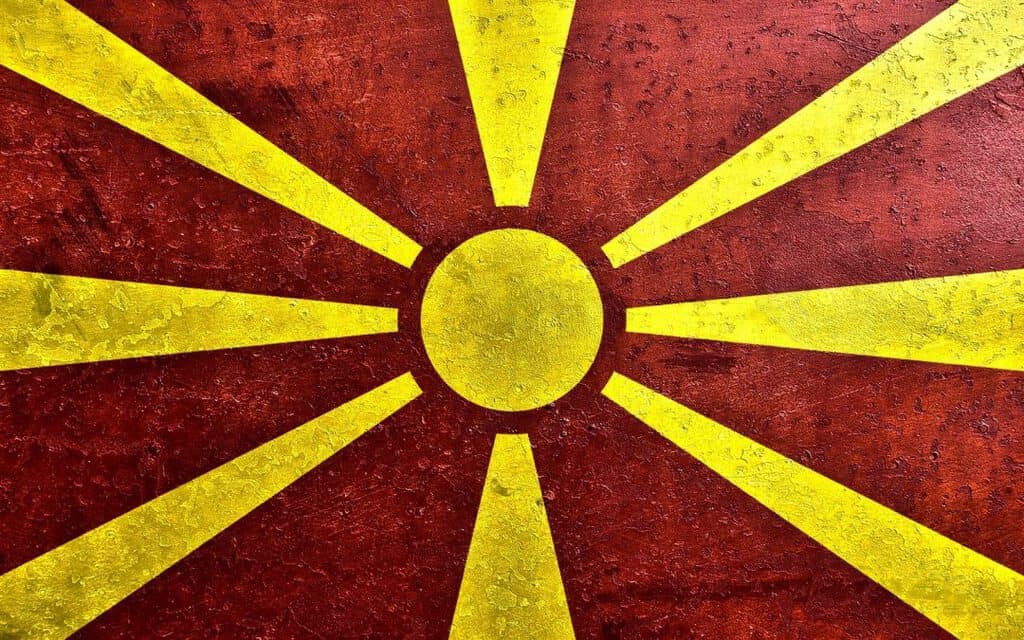 Flags have a way of inspiring, and Balkan flags are no different. They also tell the stories of their countries’ struggles to achieve independence from empires abroad and sometimes from each other. Many flags were chosen to honor their countries’ pasts, while others were chosen to declare allegiances to other nations on the world stage. However it came to be, each flag tells a story of the country it represents.

Since there can be several tense political situations in the Balkans to this day, knowing the country’s flags is actually something that will help you as you travel the Balkans. This is especially true when traveling through Kosovo, Serbia, Bosnia, and Albania, where knowing the flags for all four countries can help you recognize political situations before you accidentally entangle yourself in something you don’t understand.

Balkan Flags and their Meanings

Here are the twelve Balkan flags, along with their meanings and other important background information. 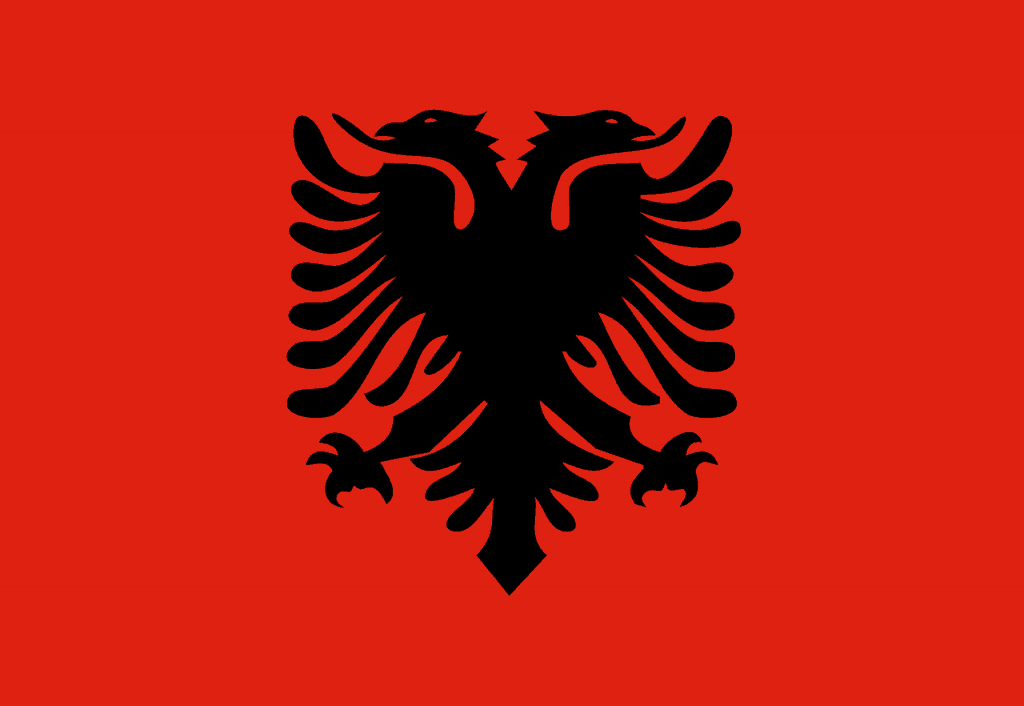 Description: red field with a black two-headed eagle in its center

Origination: Used originally in 1443 when Skandenerg (a national hero) raised a red flag with an eagle over the Fortress of Krujë while defending the fortress from the Turks. The double-headed Eagle is the national symbol of Albania, but it was adopted from the same symbol’s use as a representation of the Byzantine Empire. Used in some kind of official capacity since Albania gained independence from the Ottoman Empire in 1912. 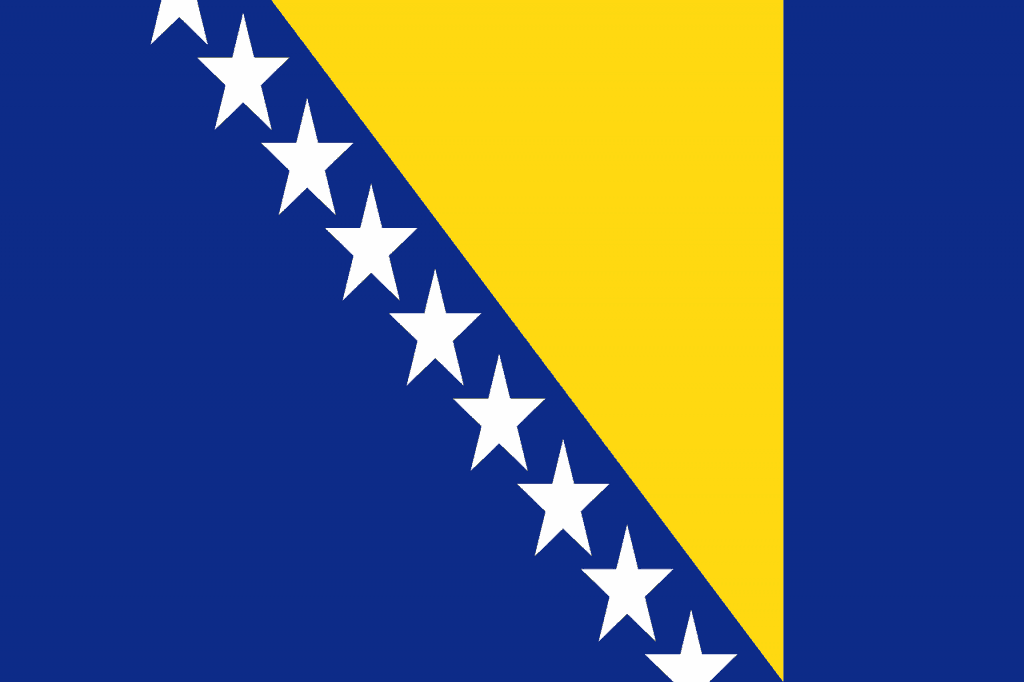 Description: a blue field divided by a large yellow triangle and a diagonal line of nine white stars; the stars at the top and bottom are cut off by the edges of the flag

Origination: There is no historic Bosnian flag or symbol that dates to the time before it became a part of Yugoslavia. Because of the political struggles and violence that occurred during the 1990s, every attempt to unite the country with a single flag which used symbols from the country’s past was rejected by different Ethnic groups. To remedy this, the United Nations created Bosnia’s current flag with symbols that could not be linked to Bosnia’s past in any way.

The color palette of white, blue, and yellow is meant to signify peace. The stars represent Europe. The yellow triangle is meant to approximate the shape of Bosnia and Herzegovina, with the three points representing the three Ethnic groups of Bosnia: Bosnians, Croats, and Serbs. 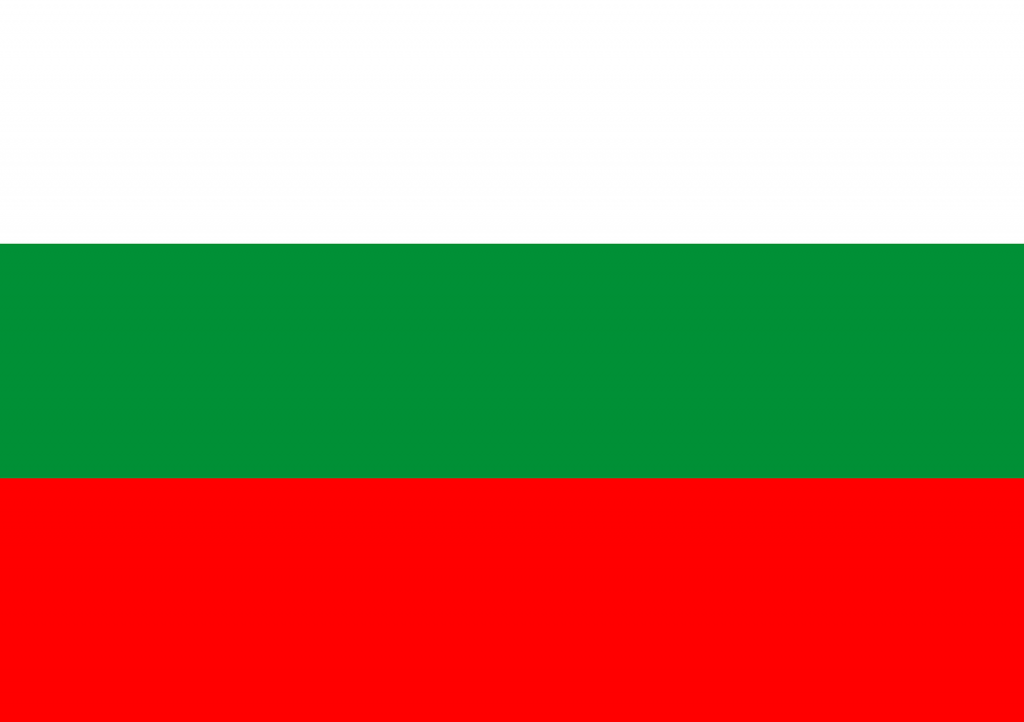 Origination: After Russia helped Bulgaria gain independence from the Ottoman Empire at the end of the Russo-Turkish War, Bulgaria adopted the Russian Flag but changed the Russian blue for green. Over the years the flag has been modified in different ways. Sometimes the country’s emblem has been placed across the white and green stripes on the left. However, the simplified version was readopted in 1990. 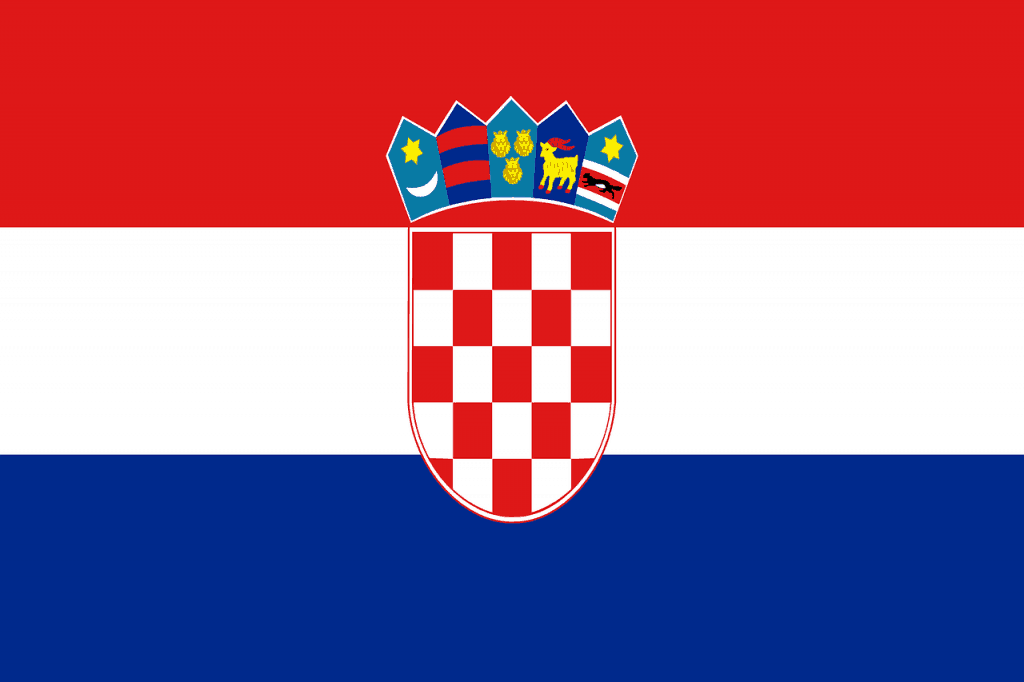 Description: horizontally striped red-white-blue national flag with the national coat of arms in its center along with five ancient arms

Origination: The red, white, and blue of the Croatian flag were chosen because they were the colors of the flag of Russia, who was a potential Croatian ally in their fight to overthrow the rule of the Austro-Hungarian Empire in the 1850s. It stayed a symbol of Croatian nationalism even after they lost the struggle. Fascists added the Croatian coat of arms in the 1940s when they declared themselves independent from Axis-controlled Yugoslavia. 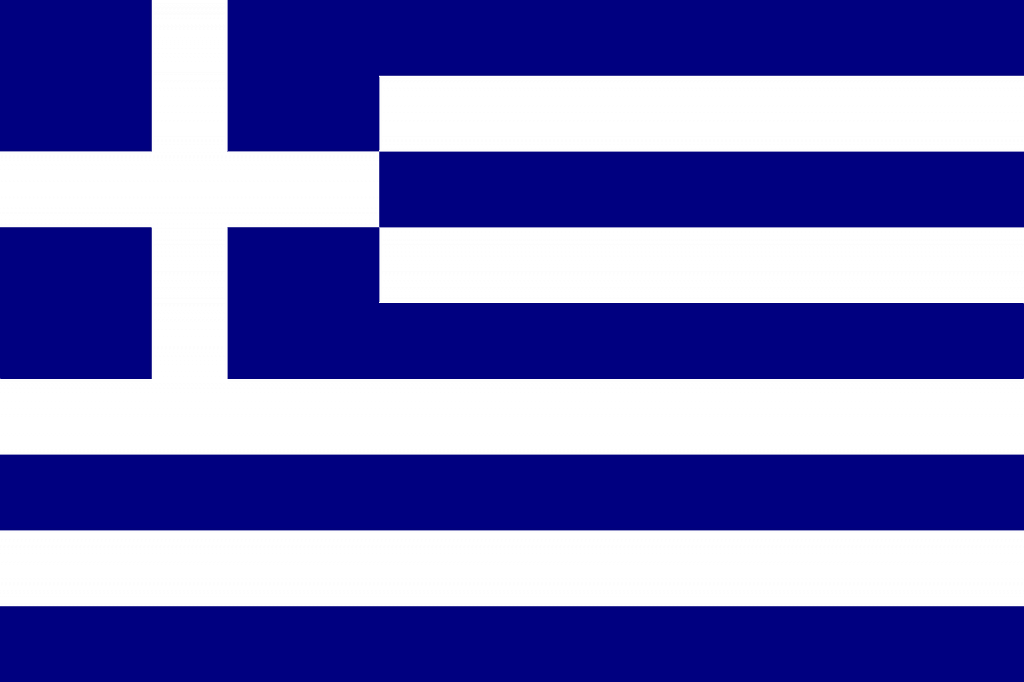 Description: national flag consisting of nine horizontal stripes of blue and white with a blue canton bearing a white cross

Origination: Many different flags were created during Greece’s struggle to gain independence from the Ottoman Empire. The blue and white versions were selected because the blue represents Greece’s dedication to the Greek Orthodox faith (as opposed to the Ottoman Empire’s Islamic majority). The white cross represents “the wisdom of God, freedom, and country.”

Different rulers and governments have used various shades of blue throughout the last two centuries. The current blue was finalized in 1978. 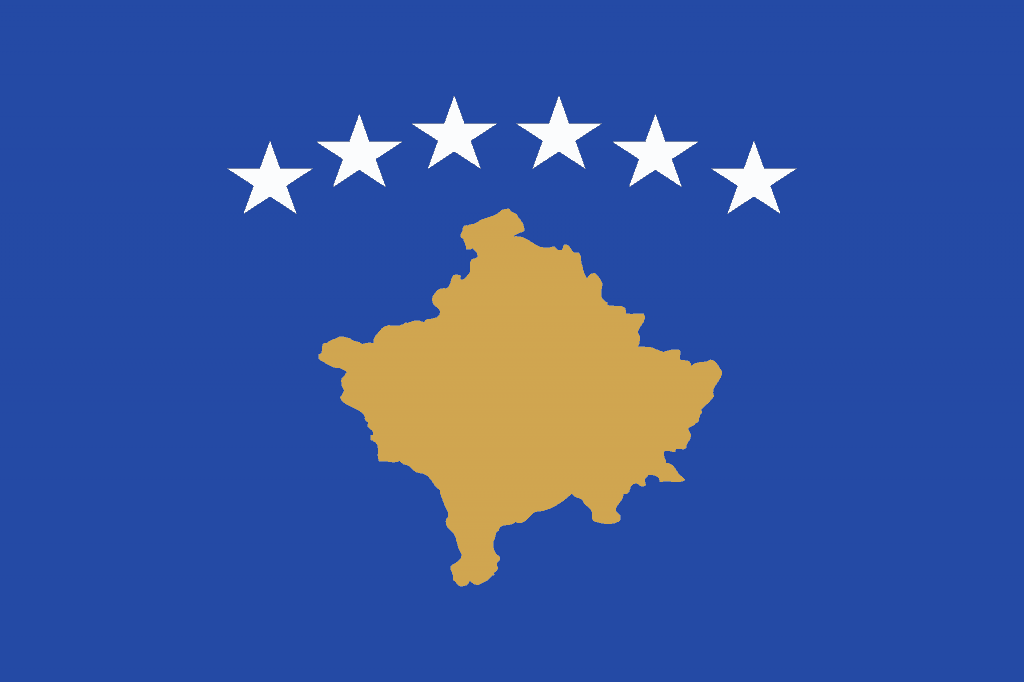 Description: a blue field with a yellow silhouette map of Kosovo in its center and an arc of six white stars above the map

Origination: Kosovo never had the political status that allowed a separate flag at any point in its history. Ethnic Albanians in the territory sometimes used the Albanian flag as a substitute for having no flag at all.

After Kosovo declared independence in 2008, they held a contest to create a national flag. Designs based on the Albanian flag were rejected in favor of the current design based on the flag of the European Union. The goal was to promote Kosovo as a multi-ethnic country and not merely a nation of Albanian Kosovars. The six stars stand for the six ethnic groups of Albanians, Bosniaks, Gorani, Roma, Serbs, and Turks.

Albanian and Serbian ethnic groups in the country still use the flags of Albania and Serbia to indicate their political allegiances (and agitate for different causes). That’s why it’s helpful if you’ll be traveling to Kosovo to be able to recognize the Serbian and Albanian flags. 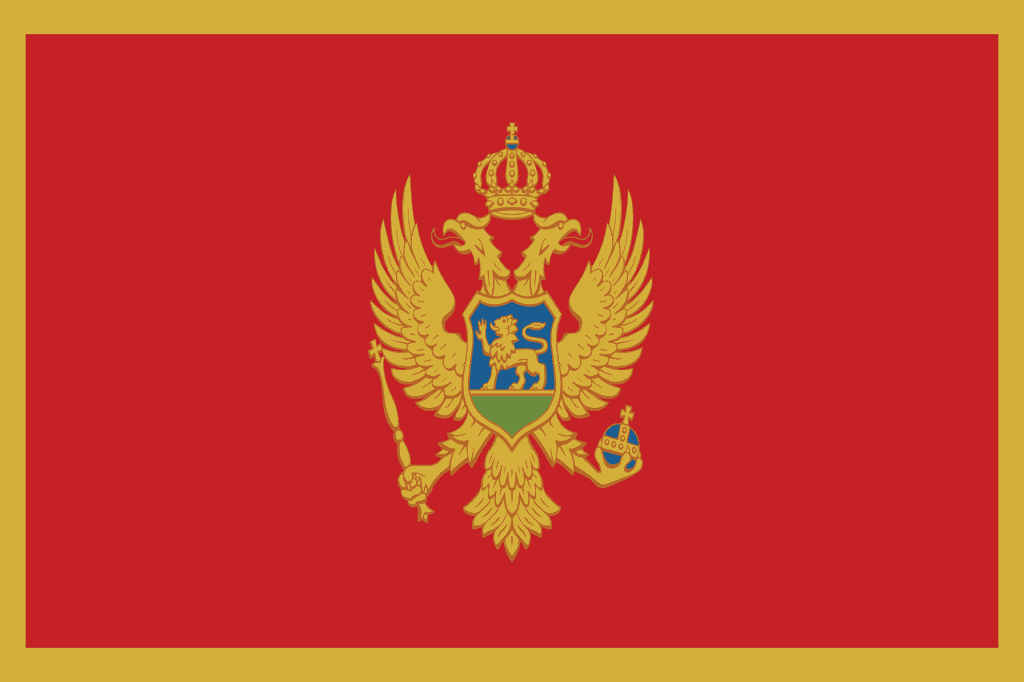 Description: Yellow bordered red national flag with a yellow double-headed eagle bearing the national coat of arms in the center

Origination: Montenegro historically had no independent flag. At times throughout the nineteenth and twentieth century, it used the red, white, and blue tricolour. These colors were inspired by the Russian flag and had become a symbol of pan-Slavism.

After World War II, Montenegro added a star to this tricolour and used it as the flag of its republic as part of Yugoslavia.

In 2004, Montenegro and Serbia were the only two republics still a part of Yugoslavia, and the country went by the name Serbia and Montenegro. They chose to make a new flag to represent their republic, choosing the double-headed eagle holding a shield with a lion. This had been used by the Njegoš dynasty, one of the only dynasties and periods of Montenegran history where they weren’t engulfed inside a larger empire.

When Montenegro seceded from Yugoslavia in 2006, they voted to keep their 2004 flag in place. 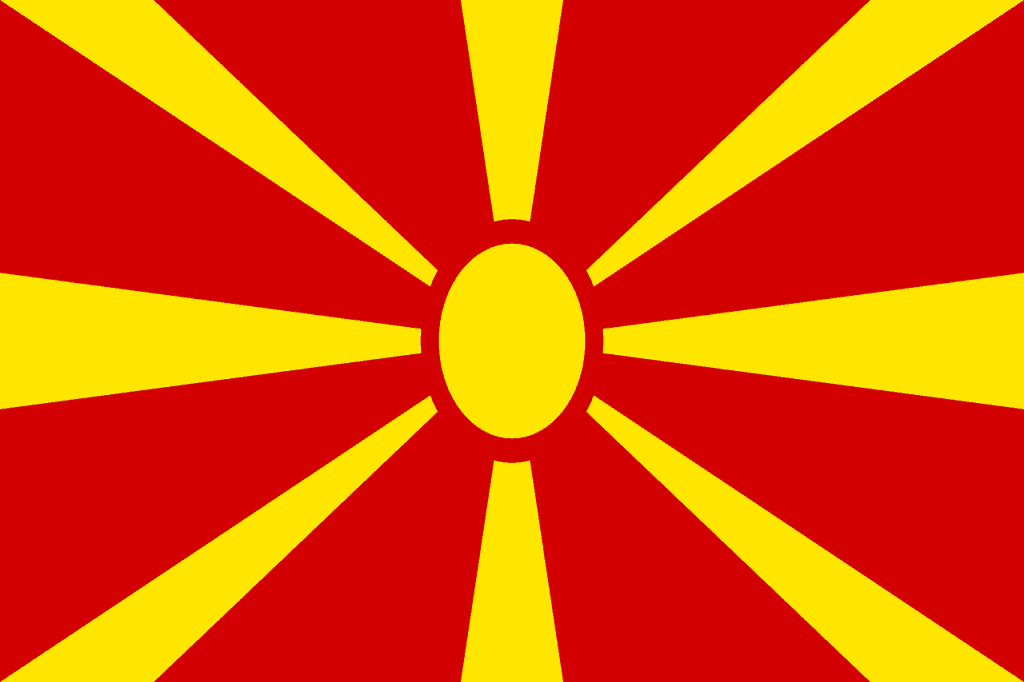 Description: a red field with a golden central disk and golden rays extending to the edges

Origination: Red and gold were traditionally used on Macedonian flags, but throughout the Yugoslav era they typically had a star featured. In 1992 Macedonia created a flag with a starburst pattern based on iconography from Alexander the Great. This was a symbol of the ancient Macedonian dynasty.

That pattern is called the “Star of Verghina.” Greeks believe it is a symbol of ancient Greece (since they do not believe that Macedonia or North Macedonia has a right to claim a share of this heritage). Many Greeks did not want North Macedonia using this symbol on their flag.

Facing political and economic pressure from Greece, North Macedonia modified the flag, changing the starburst to a sunburst in 1995. 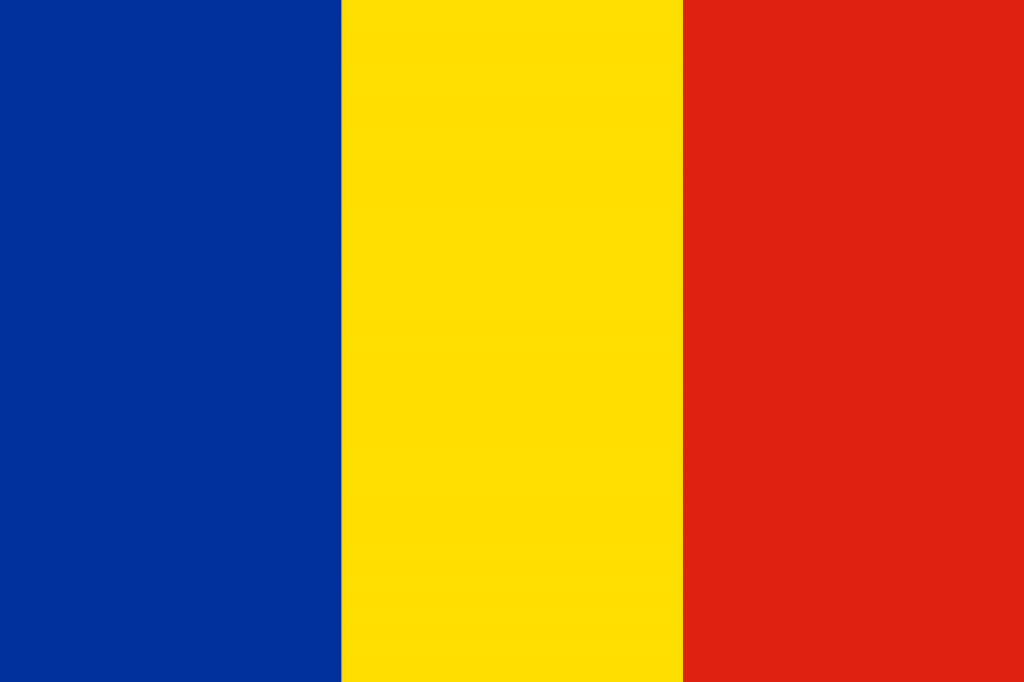 Origination:  The Ottoman Empire allowed the regions of Walachia and Moldova to have their own flags. The current tricolour was adopted at the naval version of this Walachian flag. Different iterations were used throughout the nineteenth and twentieth centuries, but the constant was the colors of blue, yellow, and red. 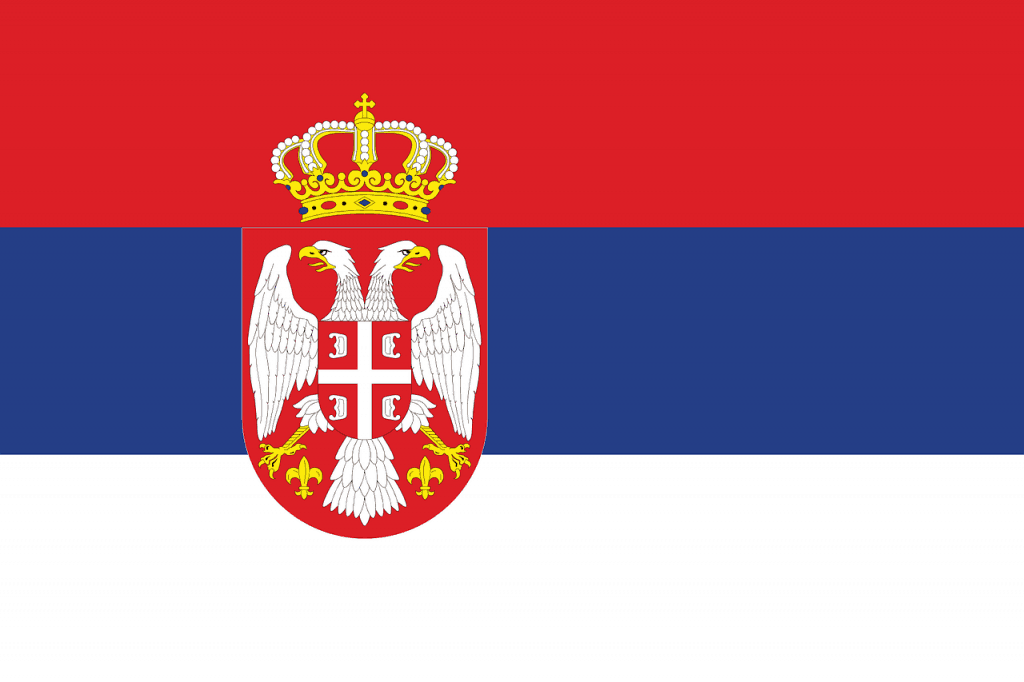 Origination: Serbia began using the red-blue-white tricolour of Russia in 1804. The Ottoman Empire recognized the flag as the flag of Serbia in 1835, over forty years before Serbia won its independence.

As part of Yugoslavia, Serbia adopted the red-blue-white triclour but added a communist star. In 2004, when Serbia and Montenegro were the only two Yugoslav republics left, they swapped their star for the Serbian Royal Arms. They elevated the flag to their national flag after Serbia became an independent country in 2006. 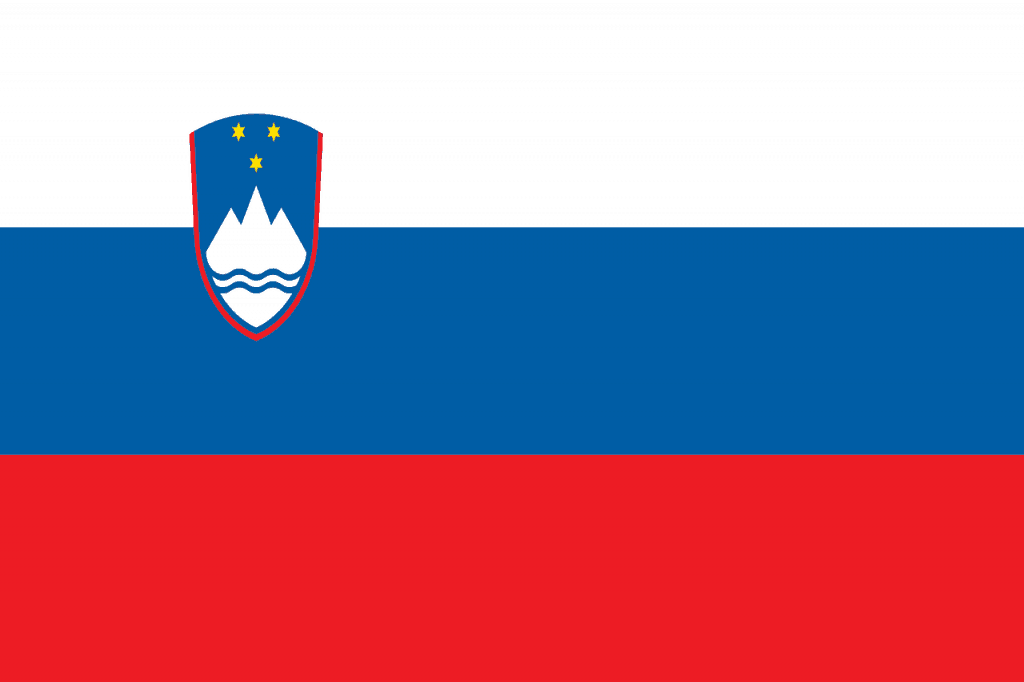 Description: horizontally striped white-blue-red national flag with a coat of arms in the upper hoist corner

Origination: During the Napoleonic wars, Slovenia adopted the white-blue-red tricolour to show solidarity with Russia and the Panslavic cause. However, these colors had also been traditionally used in Slovenia prior to them being adopted by the Panslavic movement and separate from their associations with Russia. This flag was used with various coats of arms.

The current coat of arms with the mountain peaks symbolizes Triglav Mountain which has three peaks. Beneath Triglav are two wavy blue arms symbolizing the Adriatic Sea and Slovenia’s important rivers. The stars above come from the Coat of Arms of the Counts of Celje who were in power in the fourteenth and fifteenth century.

The current flag has been used since Slovenia declared independence from Yugoslavia on June 25, 1991. 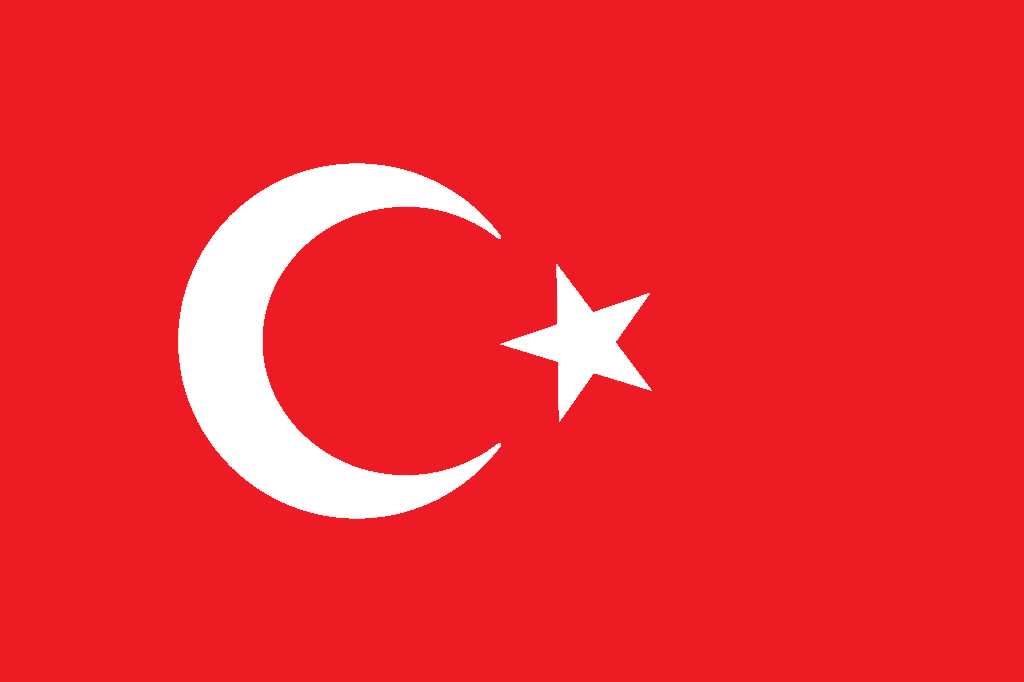 Description: red field with a white star and crescent moon in the center

Origination: While the Crescent Moon and Star are today seen as symbols of Islam, these symbols have been used throughout the ancient Greek and Middle Eastern worlds as religious symbols. When Istanbul was the city of Byzantium is was dedicated to the Greek moon goddess, while a star was added to this during the era of Constantinople.

The Turks adopted these symbols after the fall of Constantinople and they became associated with the Ottoman Empire. The current version of these symbols on a red background has been in use by the Turkish navy since 1793.

After Ataturk’s revolution in 1923, the flag was officially adopted as the flag of Turkey in 1936.

If you’re interested in learning more about the Balkans, check out our Balkan travel page, where you can find information about planning a trip to the Balkans. Additionally, there are more ways you can use this Balkan travel blog to learn about the region before visiting.

Pin this Guide to the Balkan Flags for Your Trip 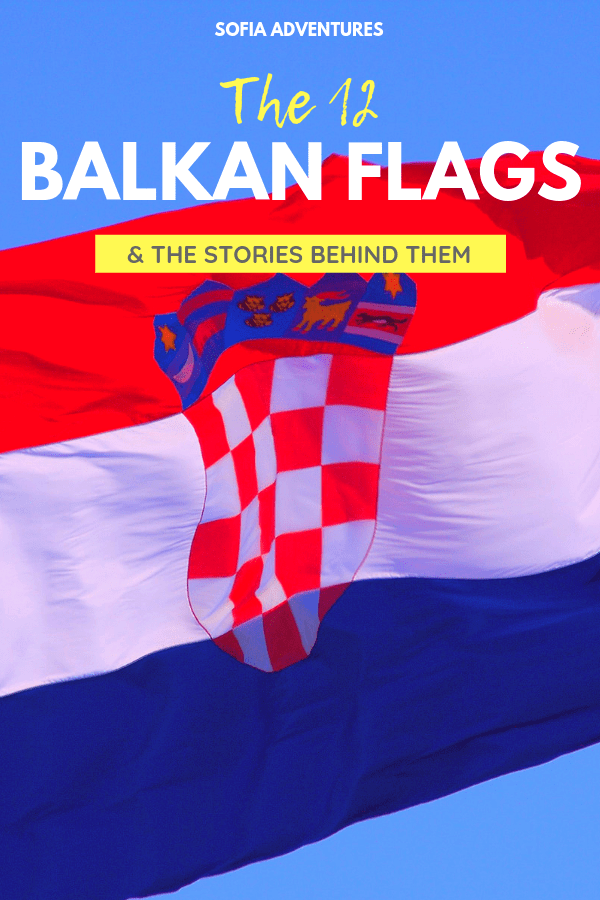