17 Photos that Prove Balkan Animals are the Chillest 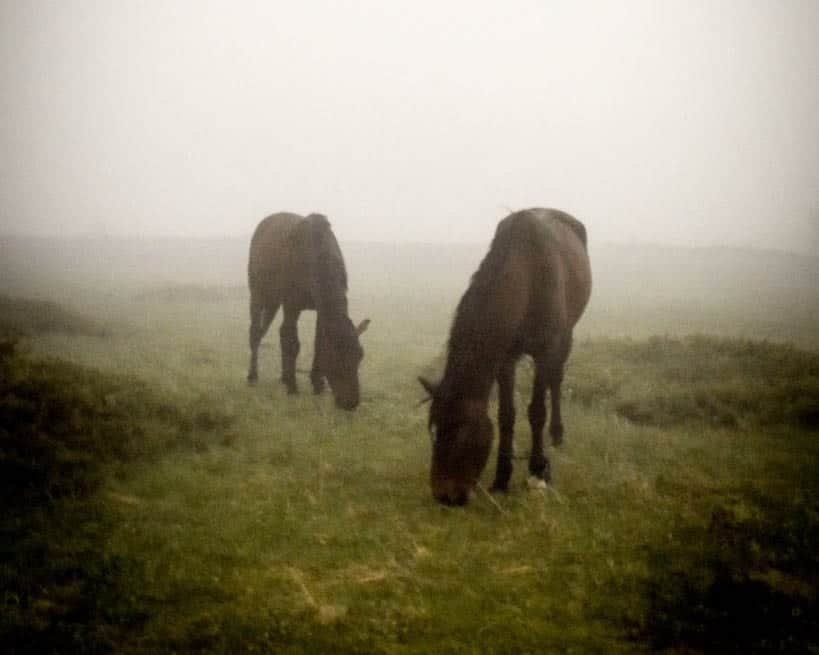 Balkan animals are a lot like the Balkans in general, super chill and they absolutely DGAF if you’re there or not. Mostly they just want to relax and have a good time. They can be cheeky buggers when they want, or they can be total BOSSES. Here are fifteen photos from our travels in the Balkans that prove that Balkan animals are the definition of chill. 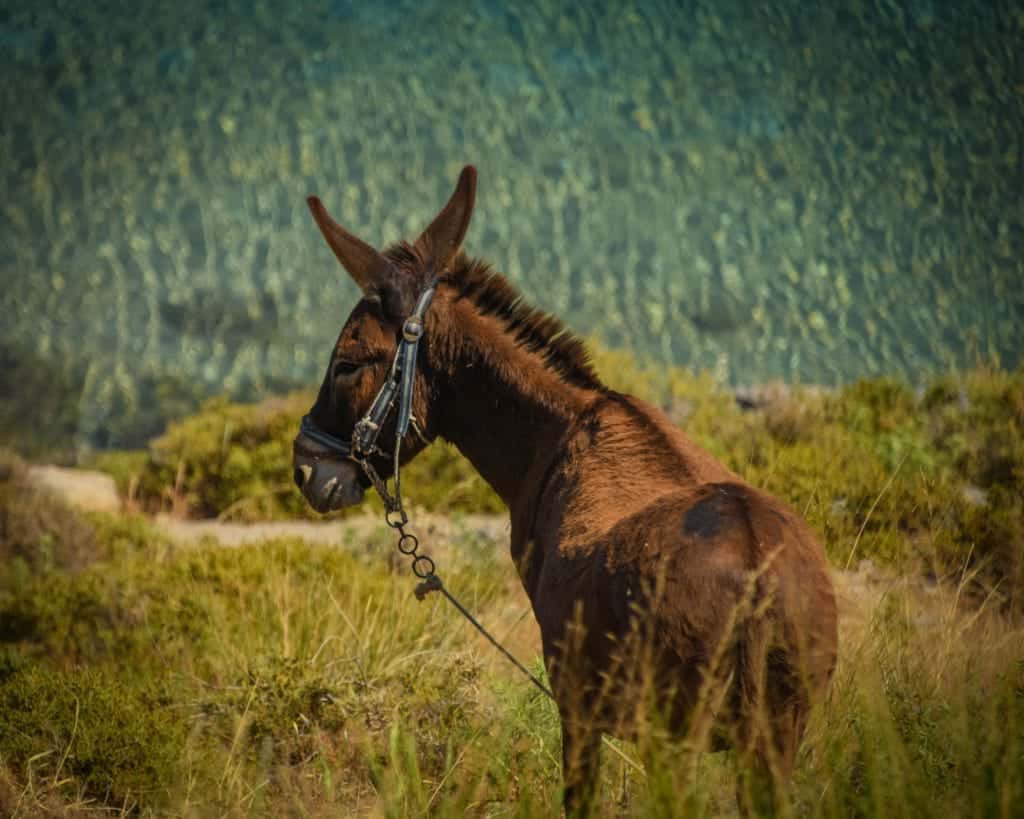 Honestly, seeing Greek donkeys ferry tourists around isn’t my favorite thing, because you know those donkeys would rather be hanging out enjoying the beautiful Mediterranean views. This donkey in Lindos would prefer that you keep riding one off of your list of Rhodes activities, but he is perfectly happy to pose for the camera instead. He WILL make sure you get his good side.

Fog Never Kept a Bulgarian Horse Away from His Dinner

Sure these guys were standing by Buzludzha, one of the coolest Communist buildings left in the world. And sure, it was rainy and foggy as all get out. But they were hungry, so they weren’t about to let a little fog and rain stop them. 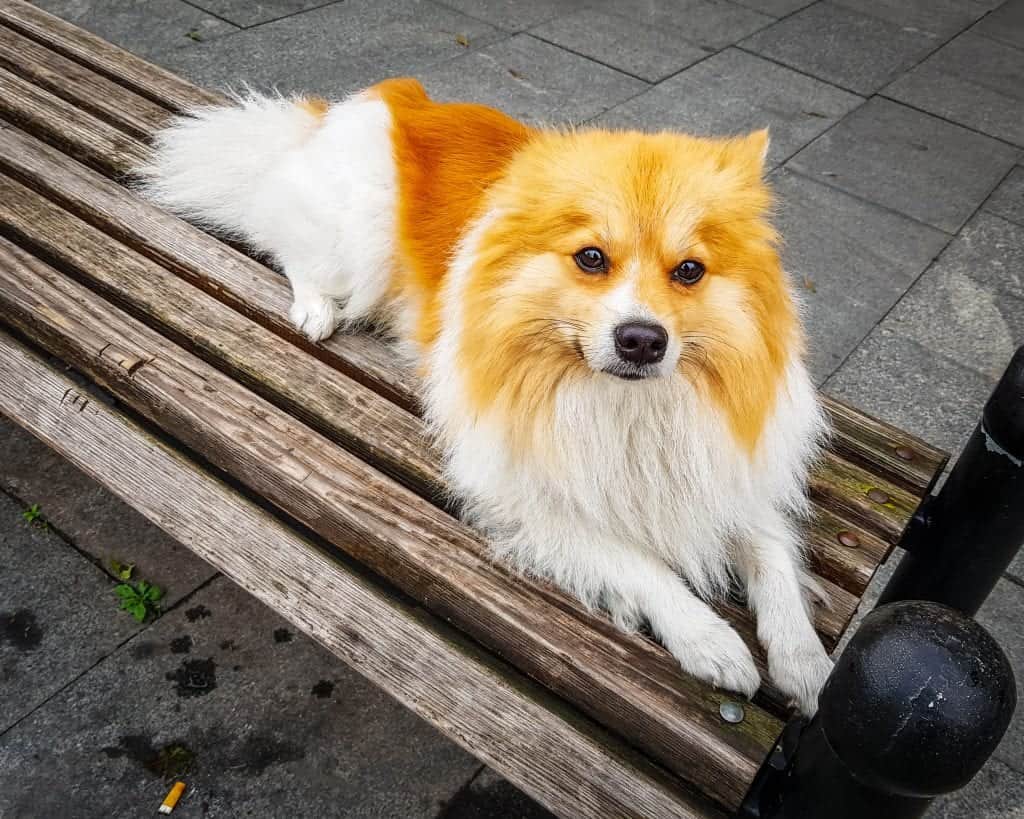 Everywhere you go in the Balkans, you’ll run into streetwise Balkan dogs. These friendly fellas can be found from Turkey to Slovenia, playing and keeping an eye on any humans kind enough to feed them. But in Belgrade, eff that noise, because Belgrade dogs are fancy.

Maybe it’s the plethora of dog parks (yes, I’m the kind of weirdo that goes to dog parks when traveling and I’ve listed my favorite one as a Belgrade activity recommendation), or maybe it’s because Belgrade residents are so cool themselves. I’m still not sure exactly why, but I do know that Belgrade dogs don’t need your attention. They get enough at home, and their shiny coats, Mean Girls attitude, and fancy outfits prove it.

Albanian Turtles are Gonna Soak Up the Sun 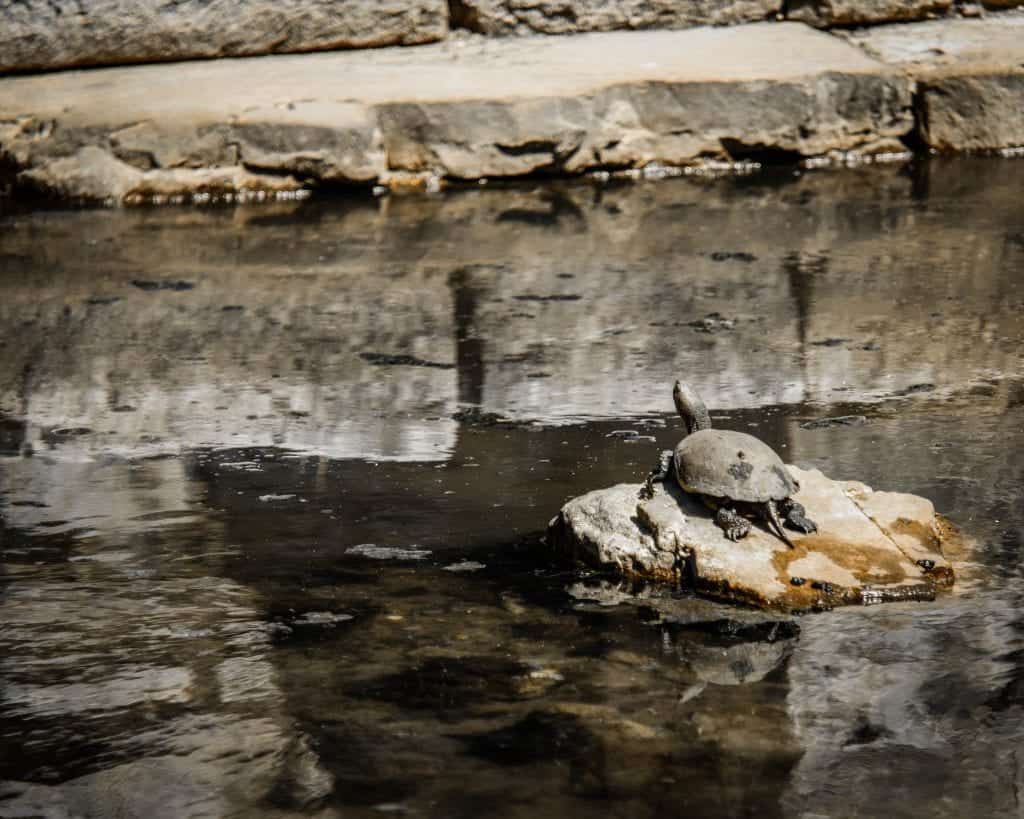 Yes, they live in a UNESCO World Heritage Site and millennia-old Roman City. Who cares? These Albanian turtles in Butrint aren’t impressed. Do you know what does impress them? When they get that perfect summer tan. An Albanian turtle is always working on their summer body, and since they have access to some of the most beautiful Beaches in the Balkans, who can blame them? 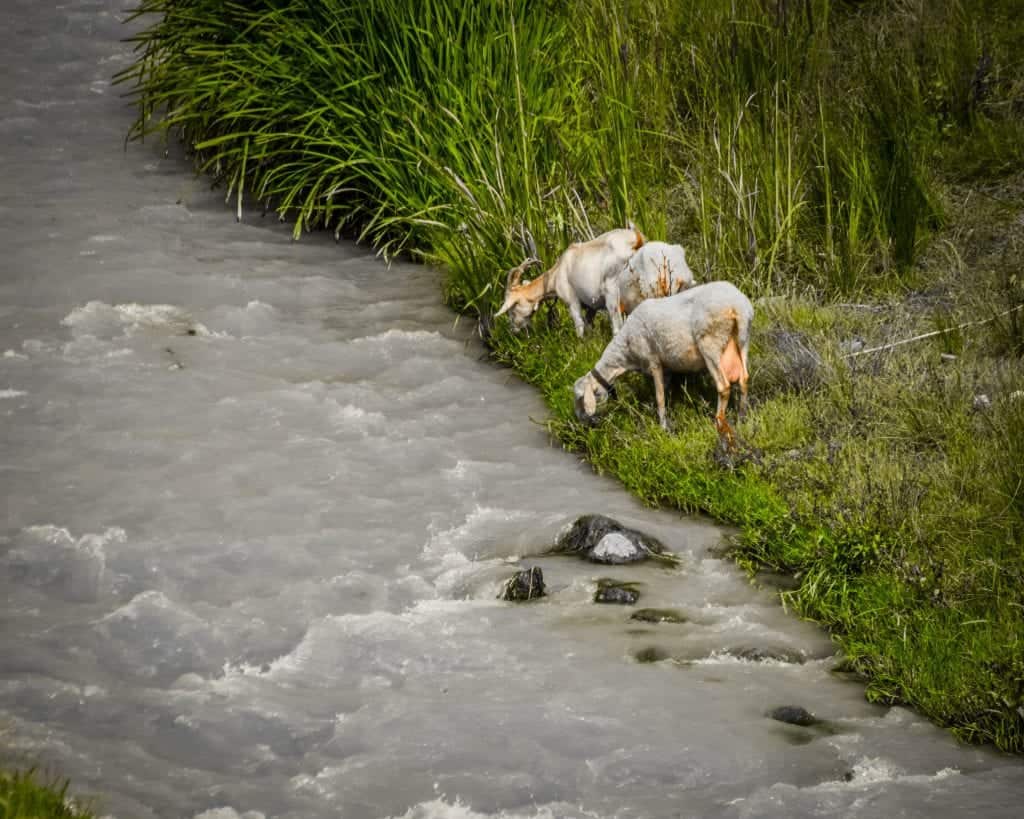 Forget a day at the beach, Albanian goats chill by the river and get that fresh-fresh water. The freshest. The best part for them? They get to live in Berat, a Unesco World Heritage site. They do love looking at pretty buildings and Berat’s castle in between delicious sips. 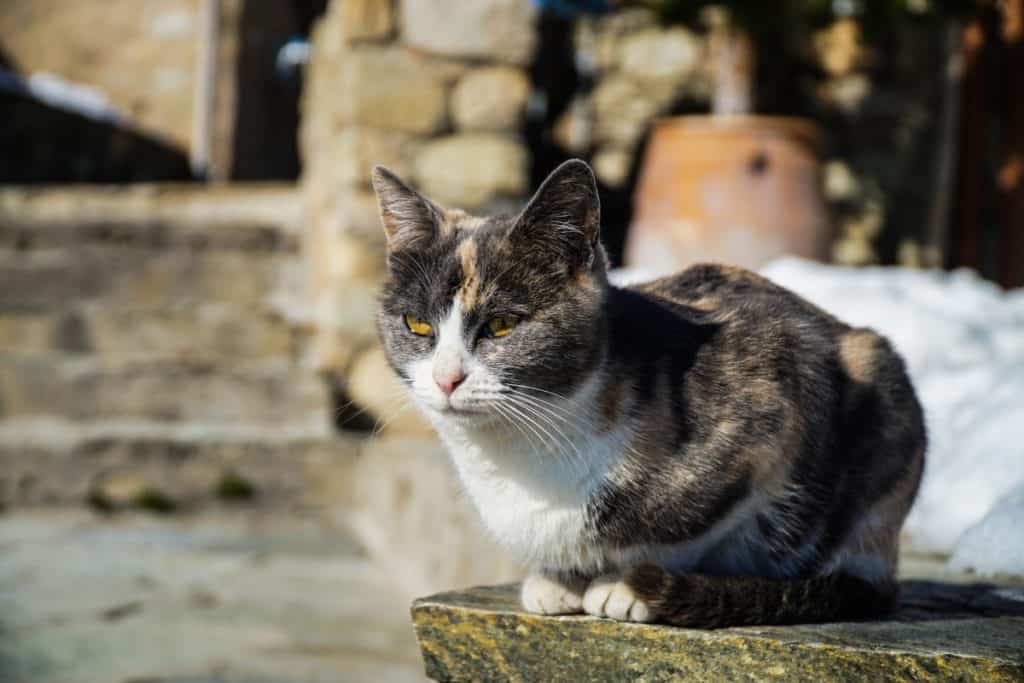 Oh, you flew from halfway around the world to see some of the most beautiful monasteries in the world? Good for you, but the cats of Meteora are not impressed. In fact, they’d prefer you’d stay home so they can enjoy these world-class monasteries in peace. They don’t need your camera in their face, thank you very much.

They find winter in Meteora to be a little better since there aren’t as many tourists to bug them and the snow really does make their fur shine on camera. These can’t aren’t impressed, but they do love to look good. 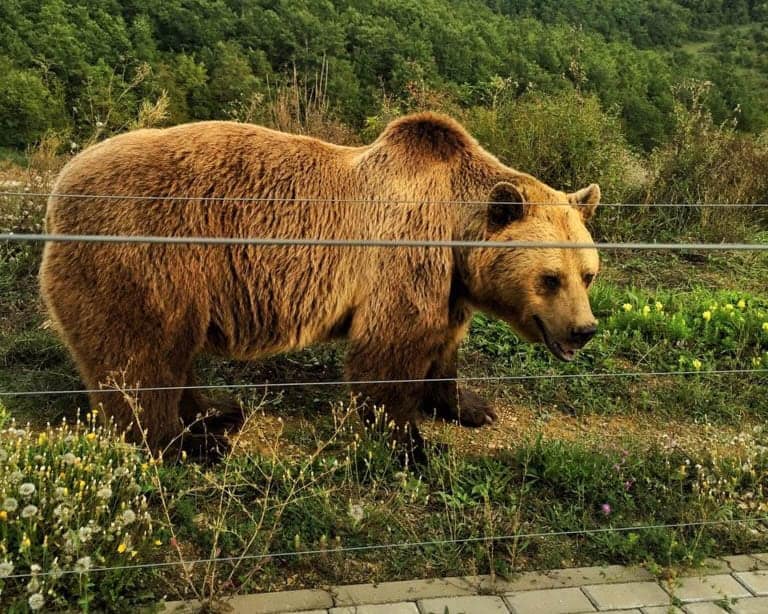 As people woke up to the horrors that bears and other working circus animals endured, bear sanctuaries opened up across the Balkan peninsula. From Romania to Kosovo to Bulgaria, you can visit these sanctuaries, where the bears have more than earned their contempt for humanity. Instead, they just get to be lazy and enjoy their early retirement.

Other than deigning to let humans take their picture, their only job is to chill out and enjoy the beautiful acreage in style. 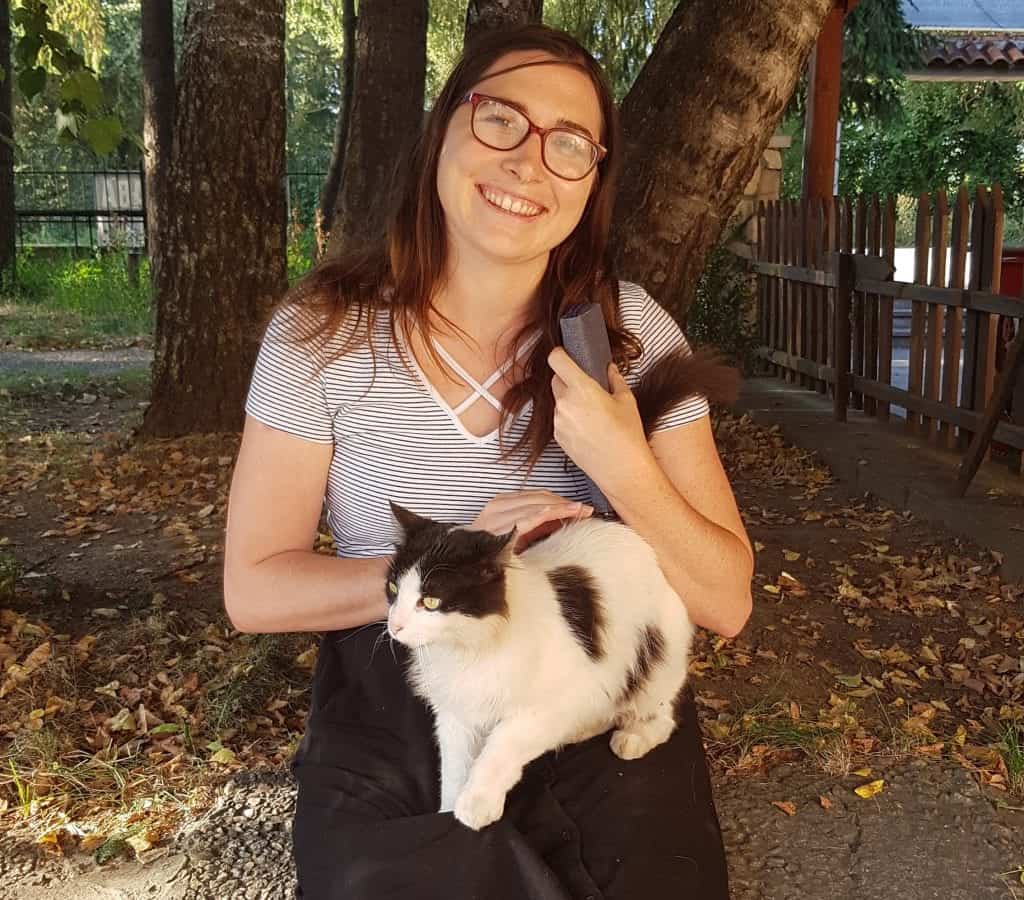 They understand that they are the coolest creatures on the planets, they just don’t understand why all these humans insist on touching them so much. They long to be worshipped from a respectful distance, unless of course, you decide to ignore them. In that case, they will be jumping directly into your lap and demanding your cuddles. 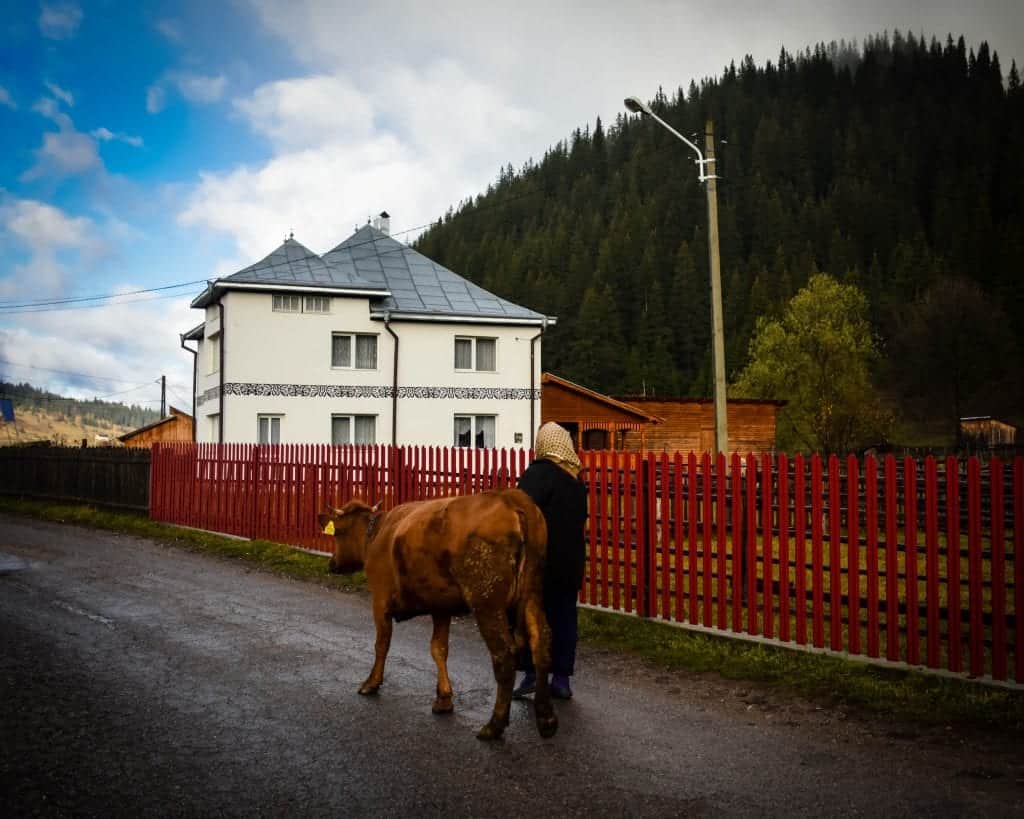 How can a Romanian cow stay in shape if they don’t get in their daily constitutional? They don’t care if you’re not ready to go for a walk, you’re gonna get up off your butt and go with them. No cow wants to have to go on a walk alone. The horror.

Bulgarian Horses Know How to Work It 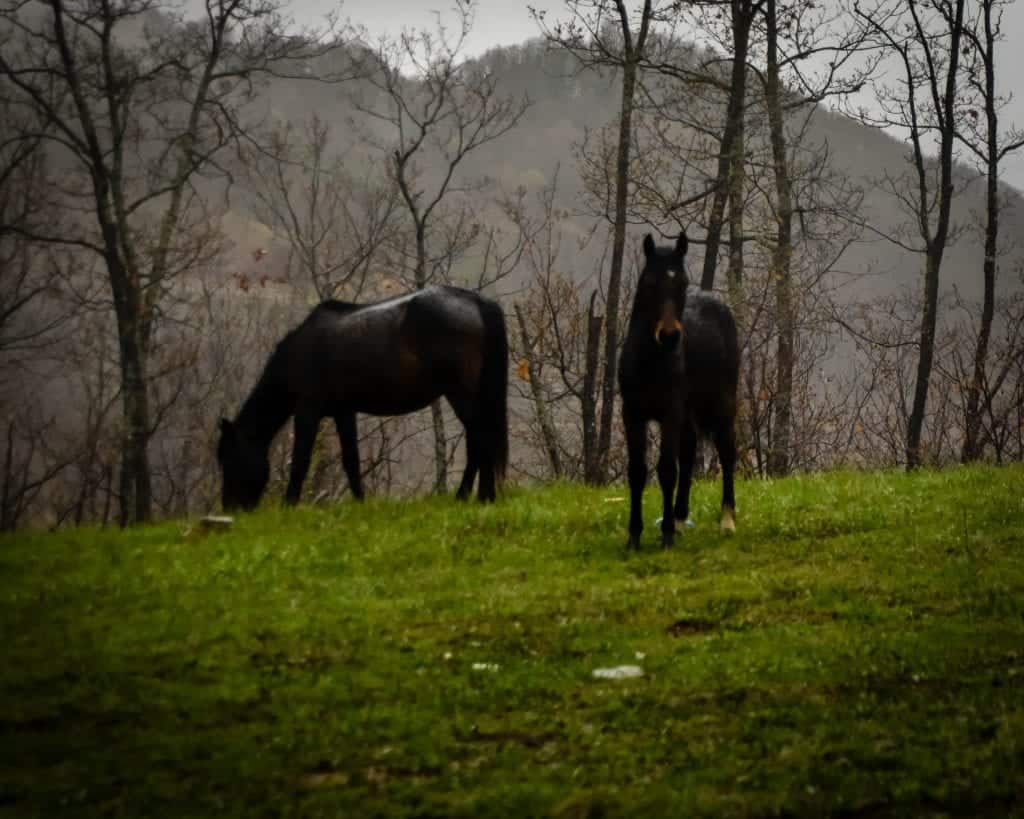 These Bulgarian horses might as well have entered a wet t-shirt contest because they look stunning in the rain. They know you pulled the car over to the side of the road just to photograph them, and they aren’t mad about it. 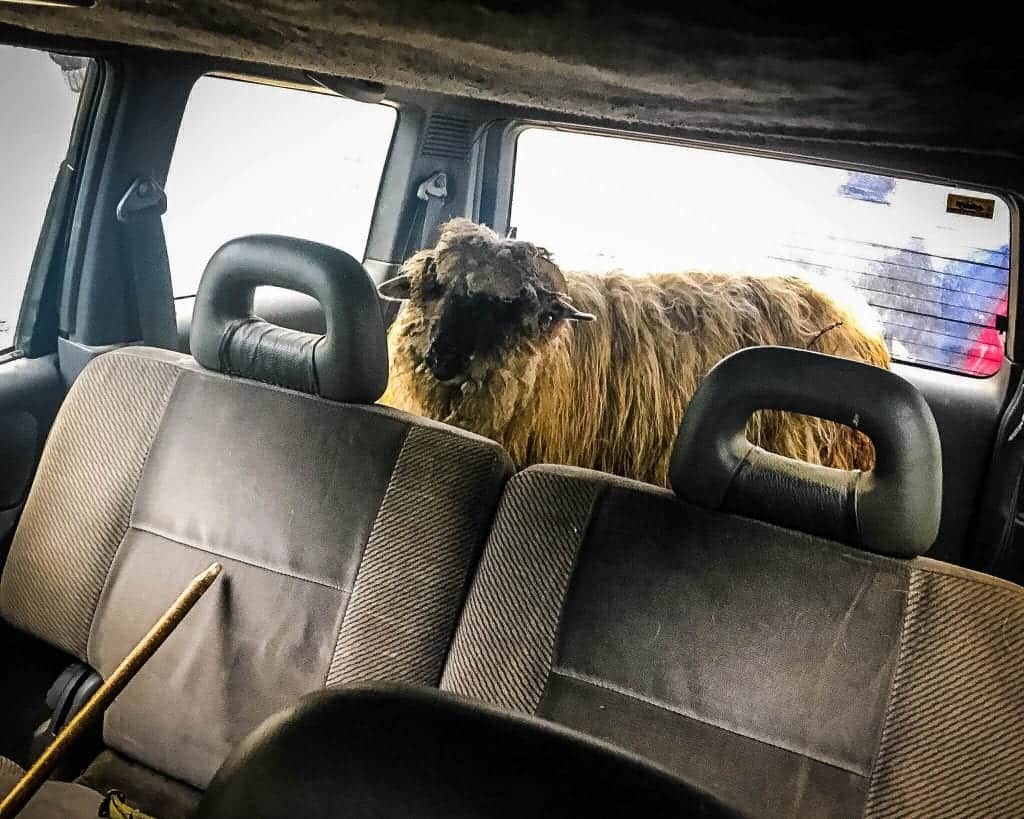 Romanian sheep think that walking to their destination is for suckers. Instead, they trick their humans into acting as their own personal chauffers. Who cares if they have mud on their hooves? Can’t you clean it up, lowly human? 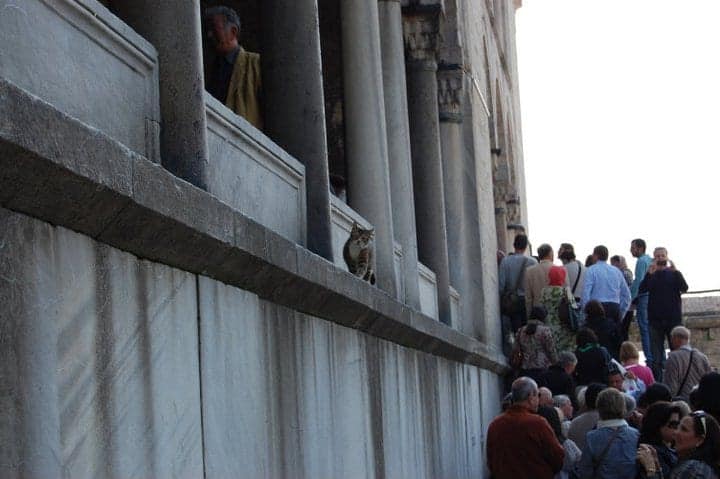 Oh, you were waiting in line to go to Istanbul’s famous Blue Mosque? Oh, you’ve waited your entire life to see a building this stunning? Well then sorry, suckers, because this cat never waits in line.

Instead, he has access to any part of the city he wants. Whether you visit Istanbul in winter, spring, summer, or fall, he knows that you’re only pretending to be interested in the Hagia Sophia. He’s the real Istanbul Instagram star, and he knows it. 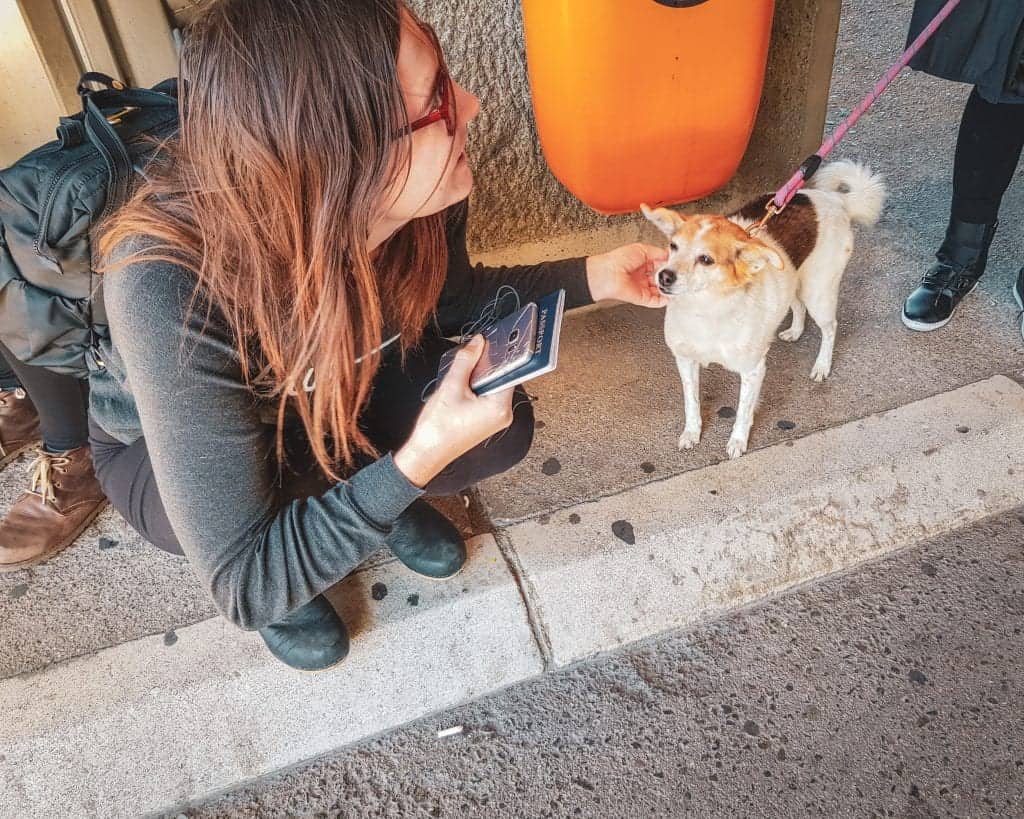 Traveling from Sofia to Belgrade, most humans start to look like defeated bus people. But not the gorgeous Bulgarian dogs whose owners pamper them and make sure they always look their best. This girl got her own seat, didn’t get hassled at border control, and thinks passports are for suckers. She goes where she wants, ain’t nobody gonna stop her.

Balkan Dogs Lose Their Chill as They Near the Hungarian Border 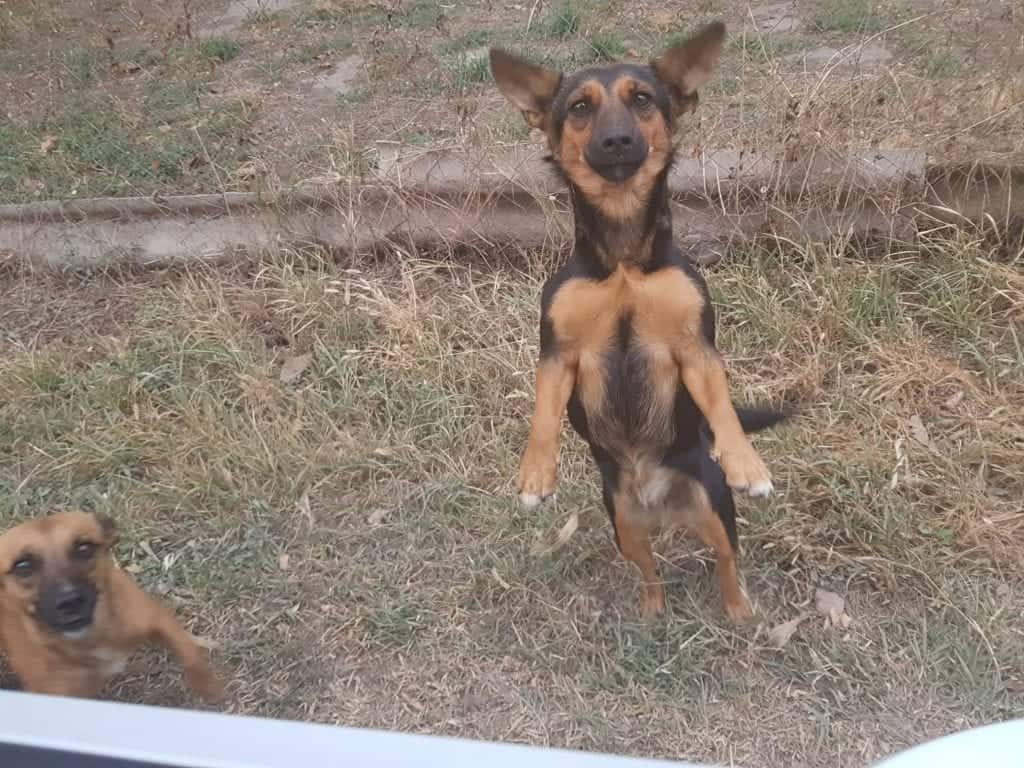 You know you’re about to leave the Balkans when the animals start acting needy. These Serbian dogs started to think they were Hungarian and wanted us to stay and play. Being ten kilometers from the edge of the Balkans really confused them. We hope they’ve recovered their chill, for everyone’s sake.

Romanian Show Horses Know How to Show Off 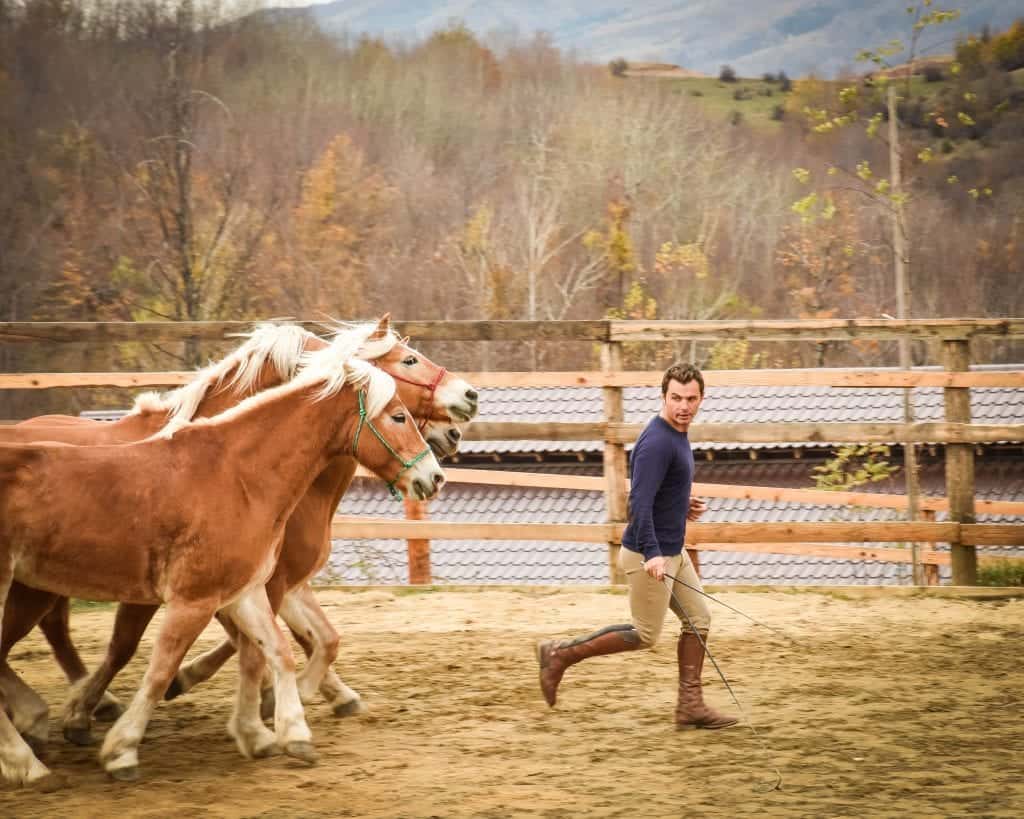 These gorgeous Romanian show horses can perform an entire routine without breaking a sweat, and they look effortlessly cool the entire time. Besides, Romanian horses don’t sweat. They GLISTEN. Got it?

This American Dog Approves of the Balkan Lifestyle 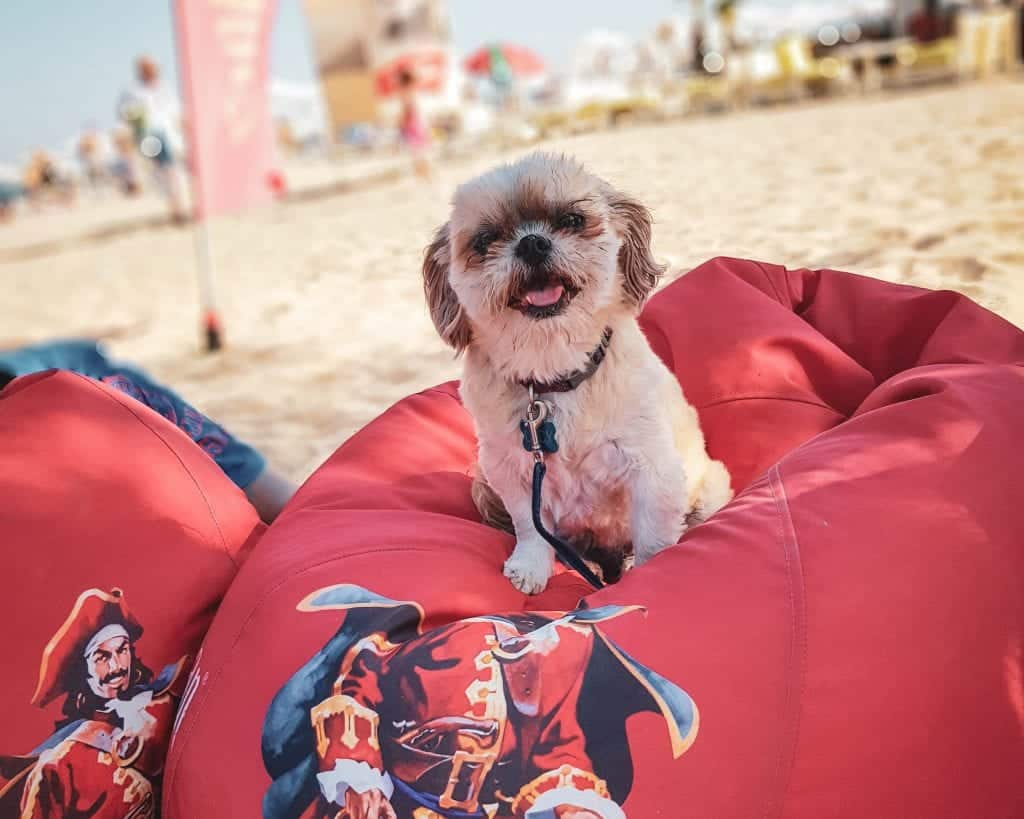 My American dog Lucy has only been in living in the Balkans for a little over two years, but she thinks she’s Balkan to her core. She’s chill, sassy AF, and won’t take your guff. She’s over ten years old, but the Balkans keep her young. Life’s good when your number one job is to stay chill.

And Finally, the Least Chill Balkan Animal of All, the Balkan Bus Monster 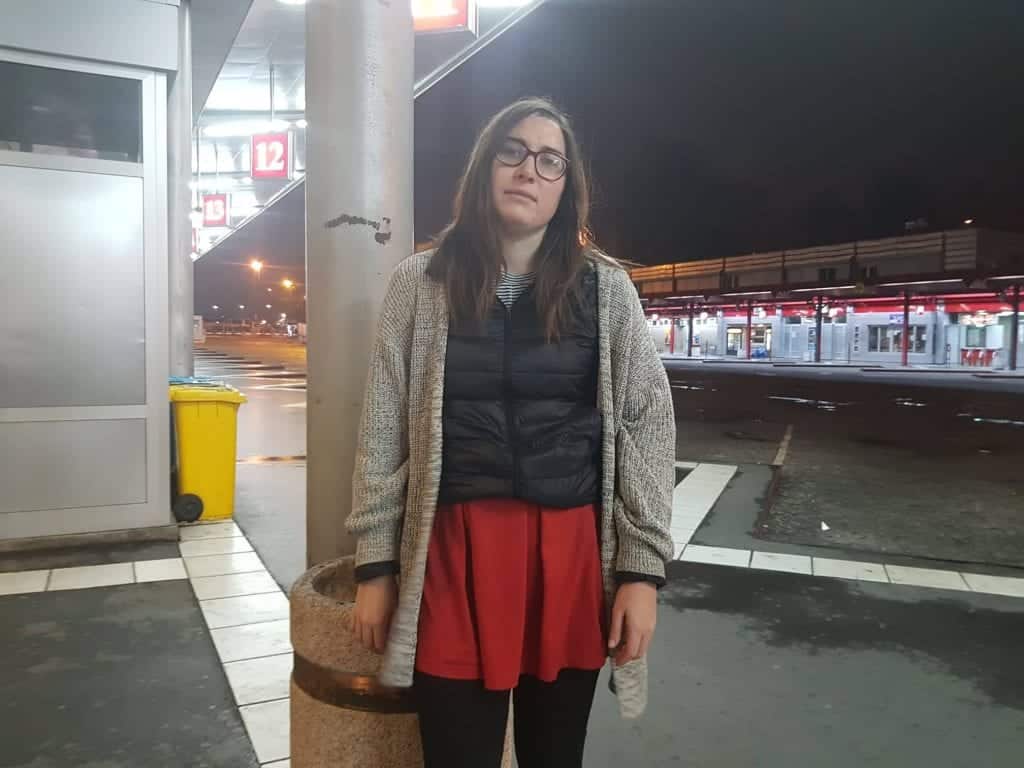 A Balkan bus monster looks terrifying but is actually just a very tired human. They are normally quite docile unless their Balkan bus driver aggressively starts playing chalga music at 4 AM. Which, unfortunately, happens all too often.

Planning a Trip to the Balkans?

Make sure you have travel insurance before you go. This part of the world is safe, and we absolutely love traveling here! But things happen on the road, and having travel insurance keeps incidents from ruining your trip. Recently my aunt fell on a train in France and needed surgery, but luckily her travel insurance covered the costs in full. Thank goodness!

Pin These Chill Balkan Animals for Your Next Trip 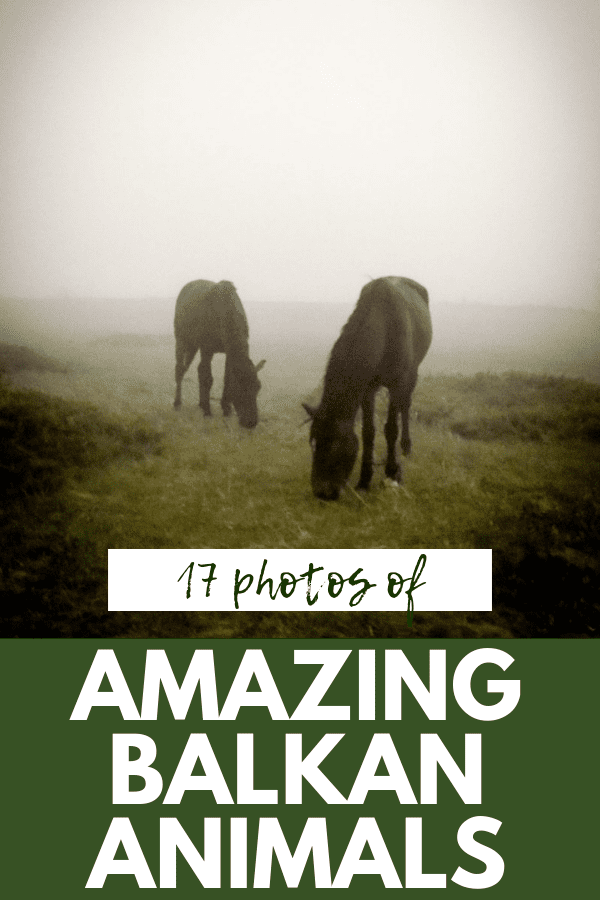